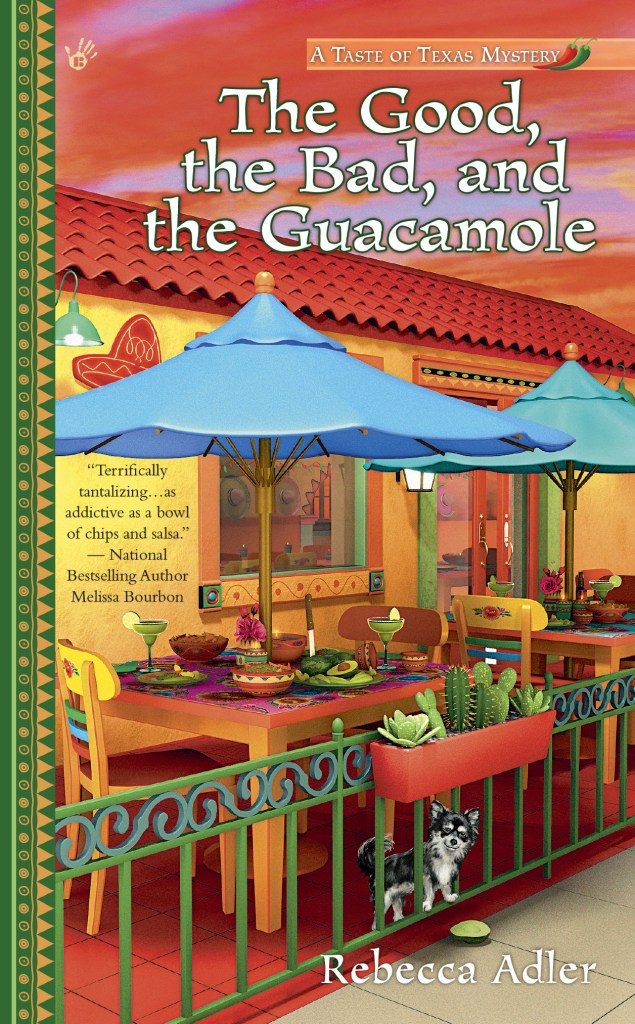 Tourists are pouring into the town of Broken Boot for the annual Homestead Days Music Festival. Opening the celebration at Two Boots dance hall is smooth-talking country singer Jeff Clark, the ex-boyfriend of Josie’s best friend, Patti Perez. When the charming Clark woos Patti onstage in an attempt to rekindle some sparks with his old flame, Josie fears her friend will end up as just one more notch on the singer’s guitar strap.

To impress her editor at the Broken Boot Bugle, Josie and her Chihuahua, Lenny, pursue the singer to Patti’s house, hoping for an interview. Instead, they discover Clark facedown in a bowl of guacamole with a bloodied guitar at his side. With Patti suddenly a murder suspect, Josie must use her reporter skills to find out who had a chip on their shoulder—before the killer double dips…. 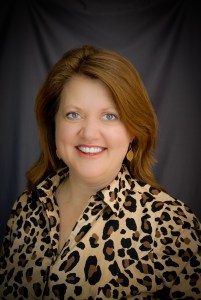 Rebecca Adler grew up on the sugar beaches of the Florida Gulf Coast. Drawn to the Big Apple by the sweet smell of wishful thinking, she studied acting on Broadway until a dark-eyed cowboy flung her over his saddle and hightailed it to the Southwest.

Prior to writing women’s fiction, Gina always found a way to add a touch of the dramatic to her life: dinner theatre in Mississippi, can-can club in Florida, and playing a giant Furskin in the New York Toy Fair, plus the occasional play and musical.

Review of The Good, the Bad and the Guacamole

Review (4 Stars): Music and murder are the key players in The Good, the Bad and the Guacamole and this mystery is fun and engaging from the very beginning.  Josie is on the hunt for a murderer when her good friend, Patti, is blamed for the murder of a lead singer that is playing at the Two Boots dance hall. She better find the killer quickly before they add another victim on to their playlist and her friend goes to jail for a crime she didn’t commit.

This is the second book in the Taste of Texas mystery series and I love Josie’s character.  She is so fun and sassy and she could definitely be my best friend.  This mystery was well-written and complex, making it difficult to figure out the killer until the very end. This is a great series and I can’t wait to see what is in store for Josie and the rest of her family in the next installment.