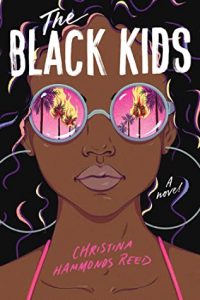 Synopsis:
Perfect for fans of The Hate U Give, this unforgettable coming-of-age debut novel explores issues of race, class, and violence through the eyes of a wealthy black teenager whose family gets caught in the vortex of the 1992 Rodney King Riots.
Los Angeles, 1992
Ashley Bennett and her friends are living the charmed life. It’s the end of senior year and they’re spending more time at the beach than in the classroom. They can already feel the sunny days and endless possibilities of summer.
Everything changes one afternoon in April, when four LAPD officers are acquitted after beating a black man named Rodney King half to death. Suddenly, Ashley’s not just one of the girls. She’s one of the black kids.
As violent protests engulf LA and the city burns, Ashley tries to continue on as if life were normal. Even as her self-destructive sister gets dangerously involved in the riots. Even as the model black family façade her wealthy and prominent parents have built starts to crumble. Even as her best friends help spread a rumor that could completely derail the future of her classmate and fellow black kid, LaShawn Johnson.
With her world splintering around her, Ashley, along with the rest of LA, is left to question who is the us? And who is the them? 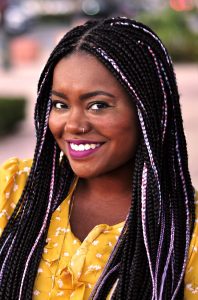 Christina Hammonds Reed holds an MFA from the University of Southern California’s School of Cinematic Arts. A native of the Los Angeles area, her work has previously appeared in the Santa Monica Review and One Teen Story. The Black Kids is her first novel.

Review of The Black Kids

Review (4.5 Stars):  Wow, this was such a thought-provoking book for me.  I remember this time and the riots that occurred after the Rodney King verdict and how we were shocked that those officers got off after what they did.  For Ashley, the main character, she lives in two worlds. She has white friends and spends most of her time putting up with their racist comments just so feels like she belongs.  She also feels as though she should spend more time with her fellow black students but she doesn’t feel quite like she belongs with them either.

The Black Kids is a story that will stay with you and I can’t stop thinking about what would have happened if this country had taken a hard look at itself when the Rodney King incident happened.  This event should have brought the hard discussions about police brutality and systemic racism that are currently taking place right now after the death of George Floyd but it didn’t.  Things settled down after the L.A. Riots and it was swept under the rug like every other time police brutality was brought to light. The systemic racism that currently plagues this country continued on until it finally reached a breaking point with George Floyd, 28 years later. It is time for all of us to finally judge people, not on their skin color, but the quality of their character.  This won’t happen overnight but having these conversations and calling out racism when we see it is a good place to start.

The Black Kids showed the systemic racism that Ashley and her family dealt with everyday due to the color of their skin and how life changed afterwards. This book shows Ashley journey as she dealt with this and the riots that were taking place just a few miles from her.  This was a great story and I can’t stop thinking about how relevant this book is in today’s world.  Can’t wait to see what is next for this talented author.