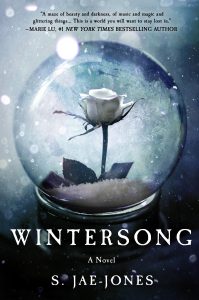 All her life, nineteen-year-old Liesl has heard tales of the beautiful, mysterious Goblin King. He is the Lord of Mischief, the Ruler Underground, and the muse around which her music is composed. Yet, as Liesl helps shoulder the burden of running her family’s inn, her dreams of composition and childish fancies about the Goblin King must be set aside in favor of more practical concerns.

But when her sister Käthe is taken by the goblins, Liesl journeys to their realm to rescue her sister and return her to the world above. Down in the Underground, Liesl discovers that the Goblin King still inspires her—musically, physically, emotionally. Yet even as her talent blossoms, Liesl faces an impossible choice. As she grows closer to the Goblin King, both of them must learn just what it is they are each willing to sacrifice: her life, her music, or the end of the world. 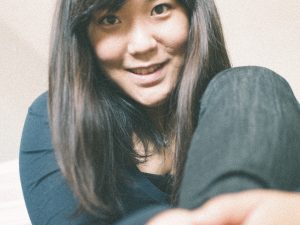 S. Jae-Jones (called JJ) is an artist, an adrenaline junkie, and erstwhile editrix. When not obsessing over books, she can be found jumping out of perfectly good airplanes, co-hosting the Pub(lishing) Crawl podcast, or playing dress-up. Born and raised in Los Angeles, she now lives in North Carolina, as well as many other places on the internet, including Twitter, Tumblr, Facebook, Instagram, and her blog.

Review (4 Stars):  Wintersong was a rich and magical story in a world that is sure to entertain readers. I connected with Liesl from the very beginning because I remember what it was like to be taking care of everyone else and never feeling as though you had your own chance to fulfill your dreams.  Liesl has been living in the shadows of her sister, when the unthinkable happened and her sister, Käthe, is kidnapped by the goblins.  To save her, Liesl must decide what she will sacrifice to save the people that she loves.

One of the things that I loved about Wintersong was the delightful way that Ms. Jae-Jones told this story and how she presented a literary world that I had a hard time leaving.  I loved the interactions between Liesl and The Goblin King and you could see the attraction grow between these characters as time progressed.  An amazing story that I hope to visit again soon.