About Under My Skin 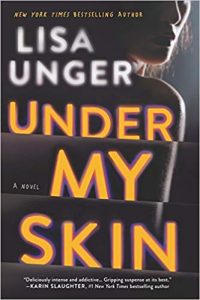 What if the nightmares are actually memories?

It’s been a year since Poppy’s husband, Jack, was brutally murdered during his morning run through Manhattan’s Riverside Park. In the immediate aftermath, Poppy spiraled into an oblivion of grief, disappearing for several days only to turn up ragged and confused wearing a tight red dress she didn’t recognize. What happened to Poppy during those lost days? And more importantly, what happened to Jack?

The case was never solved, and Poppy has finally begun to move on. But those lost days have never stopped haunting her. Poppy starts having nightmares and blackouts—there are periods of time she can’t remember, and she’s unable to tell the difference between what is real and what she’s imagining. When she begins to sense that someone is following her, Poppy is plunged into a game of cat and mouse, determined to unravel the mystery around her husband’s death. But can she handle the truth about what really happened? 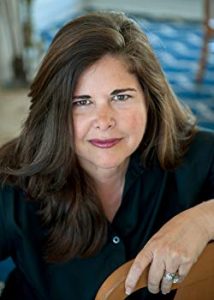 Lisa Unger is the New York Times and internationally bestselling, award-winning author of sixteen novels, including the new psychological thriller UNDER MY SKIN (coming Oct 2!)

Her books are published in twenty-six languages worldwide, have sold millions of copies and have been named “Best of the Year” or top picks by the Today show, Good Morning America, Entertainment Weekly, Amazon, Indie Booksellers, Goodreads, and Sun-Sentinel to name a few.

Her essays have appeared in the New York Times, Wall Street Journal, NPR and Travel+Leisure Magazine. Lisa Unger lives in the Tampa Bay area of Florida with her husband, daughter and labradoodle.

Review of Under My Skin

Review (5 Stars):  Under My Skin is a well-written, thought-provoking mystery that has so many twists and turns that you will never see coming.  Poppy is still trying to pick up the pieces of her life after the brutal murder of her husband, Jack, just a year ago.  While her friends and therapist want her to start dating again, Poppy has the feeling that someone is following her every move.  As this mysterious figure keeps getting closer and closer in her life, Poppy is terrified that this person may be the reason her husband died putting her next on their list.

I’m fairly new to Ms. Unger’s books but I loved her writing style that had me hooked from the very first page.  Poppy is a smart, strong woman that is trying to pick up the pieces of her life while try to come to terms with what happened to Jack.  She slowly learns that his murder wasn’t the result of a robbery and that Jack may have learned something that got him killed.  As Poppy learns the truth about what really happened to Jack, she finds that she no longer knows who she can trust and her life is now in jeopardy.  This was a great mystery and I’m looking forward to reading more from Ms. Unger.

2 Responses to “Blog Tour & Review: Under My Skin by Lisa Unger”