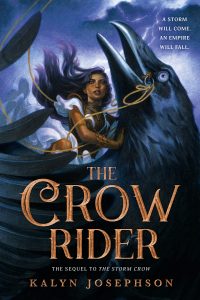 The thrilling conclusion to the epic Storm Crow duology that follows a fallen princess as she tries to bring back the magical elemental crows taken from her people, perfect for readers who want fantasy books for teens.

Thia, her allies, and her crow, Res, are planning a rebellion to defeat Queen Razel and Illucia once and for all. Thia must convince the neighboring kingdoms to come to her aid, and Res’s show of strength is the only thing that can help her.

But so many obstacles stand in her way. Res excels at his training, until he loses control of his magic, harming Thia in the process. She is also pursued by Prince Ericen, heir to the Illucian throne and the one person she can’t trust but can’t seem to stay away from.

As the rebel group prepares for war, Res’s magic grows more unstable. Thia has to decide if she can rely on herself and their bond enough to lead the rebellion and become the crow rider she was meant to be. 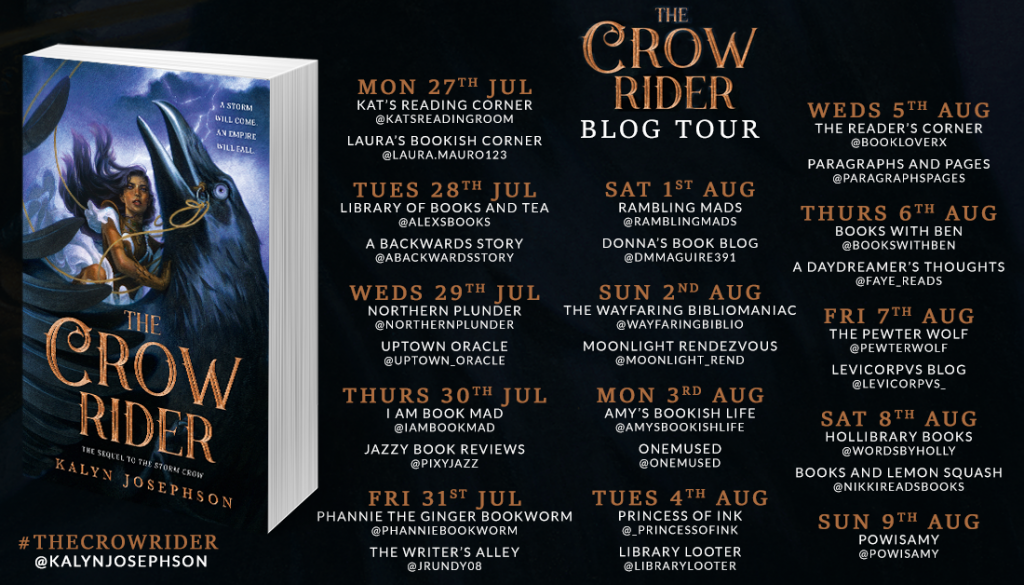 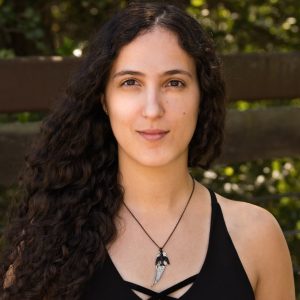 Kalyn Josephson is a fantasy writer living the California Bay Area. She loves books, cats, books with cats, and making up other worlds to live in for a while. THE STORM CROW is her debut novel.

Review of The Crow Rider

Review (4.5 Stars): The Storm Crow was one of my favorite books last year and I was so excited when I got my hands on the conclusion, The Crow Rider. Thia was an amazing character that was willing to do whatever it takes to defeat Queen Razel and bring back to its former glory.  With her beloved crow, Res, she prepares to rage a rebellion war but things don’t go as planned and Thia may be the only person truly able to defeat her mortal enemies.

The Crow Rider was a well-written sequel that will keep you on the edge of your seat.  I loved following along with Thia’s journey as she picked up where her mother left off and became the only hope of saving her beloved kingdom.  Thia went from being unsure of her abilities to being confident in what she was able to do and raise a new group of crows to protect everyone like it used to be.  Ms. Josephson is a talented writer and I’m excited to see what she stories she will write next.