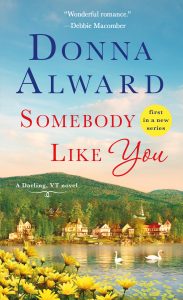 A kiss to last a lifetime

Aiden Gallagher was only five years old when he appeared in a photograph on the Kissing Bridge. The town of Darling, Vermont, has used Aiden’s image on the famed bridge—local legend has it that a kiss there results in everlasting love—as part of its tourism campaign. Now, twenty years later, Aiden is asked to recreate the moment with the woman he once kissed: Laurel Stone.

Recently divorced, there’s nothing Laurel wants less than to pretend happily-ever-after with Aiden. As teenagers, their romance was no fairy tale—and Laurel has never quite forgiven Aiden for breaking her heart. But now that she is back in her hometown, and keeps bumping into police officer Aiden, Laurel can’t deny that there’s still a strong flicker between her and her old flame. Could it be that the Kissing Bridge is working its magic on Laurel and Aiden—and that all true love ever needed was a second chance? 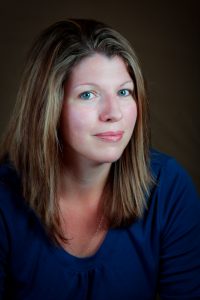 While bestselling author Donna Alward was busy studying Austen, Eliot and Shakespeare, she was also losing herself in the breathtaking stories created by romance novelists like LaVyrle Spencer, Judith McNaught, and Nora Roberts. Several years after completing her degree she decided to write a romance of her own and it was true love! Five years and ten manuscripts later she sold her first book and launched a new career. While her heartwarming stories of love, hope, and homecoming have been translated into several languages, hit bestseller lists and won awards, her very favorite thing is when she hears from happy readers!
Donna lives on Canada’s east coast with her family which includes a husband, a couple of kids, a senior dog and two crazy cats. When she’s not writing she enjoys reading (of course!), knitting, gardening, cooking…and is a Masterpiece Theater addict.

Review (4.5 Stars):  I adore small town romances and Somebody Like You was the perfect romance for me.  Laurel Stone is recently divorced and has moved back to Darling to rebuild her life while starting her own garden center business.  The one person that she had hoped that she would never run into was her teenage love, Aiden Gallagher, who broke her heart and left her betrayed.  All that changes when the town wants the two to recreate a photograph of them kissing on the infamous Kissing Bridge when they were five years old.  Rumor has it, that whoever shares a kiss on the bridge will experience everlasting love and hopefully, the bridge can bring these two together again.

I loved Somebody Like You from the very first page and couldn’t get enough of this story.  Laurel had been through so much already and she never really knew how Aiden felt about her.  These two characters were made for each other and even though they had several bumps in the road, they found their way back to love.  This is the first book in a new series by Ms. Alward and I can’t wait to get my hands on the next one.

The prize is one finished mass market paperback copy of SOMEBODY LIKE YOU, U.S. entries only.  To enter, leave your email and answer this question:

Do you believe in true love?

2 Responses to “Blog Tour & Giveaway: Somebody Like You by Donna Alward”