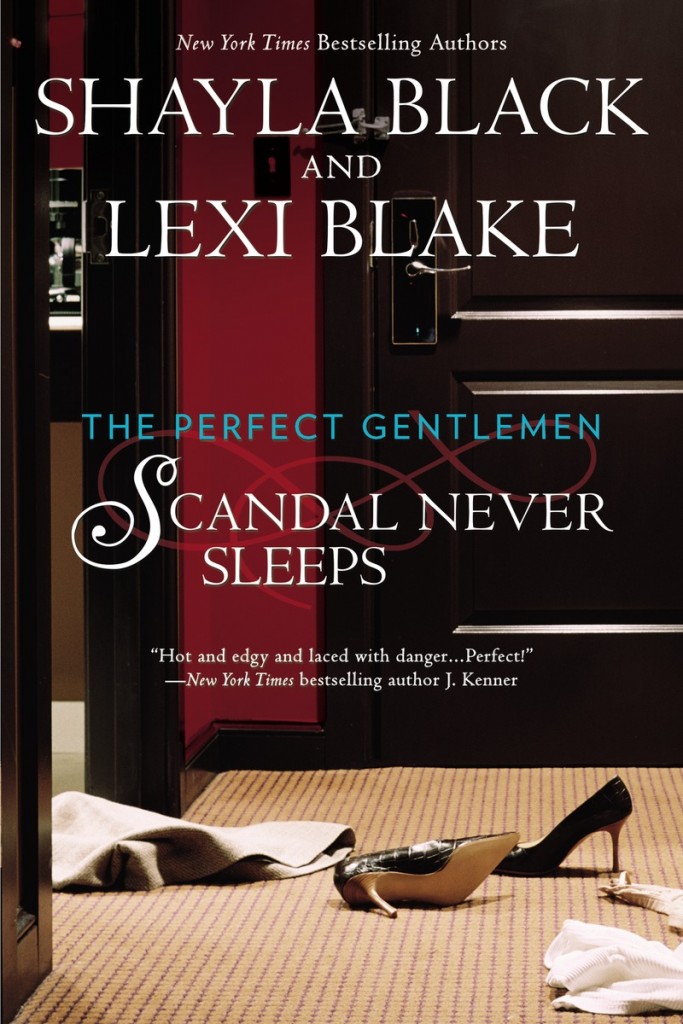 They are the Perfect Gentlemen of Creighton Academy: privileged, wealthy, powerful friends with a wild side. But a deadly scandal is about to tear down their seemingly ideal lives…

Maddox Crawford’s sudden death sends Gabriel Bond reeling. Not only is he burying his best friend, he’s cleaning up Mad’s messes, including his troubled company. Grieving and restless, Gabe escapes his worries in the arms of a beautiful stranger. But his mind-blowing one-night stand is about to come back to haunt him…

Mad groomed Everly Parker to be a rising star in the executive world. Now that he’s gone, she’s sure her job will be the next thing she mourns, especially after she ends up accidentally sleeping with her new boss. If only their night together hadn’t been so incendiary—or Gabe like a fantasy come true…

As Gabe and Everly struggle to control the heated tension between them, they discover evidence that Mad’s death was no accident. Now they must bank their smoldering passions to hunt down a murderer—because Mad had secrets that someone was willing to kill for, and Gabe or Everly could be the next target…

“What are your plans tonight, Eve?”
That was a loaded question. Her current plan included going to a lonely apartment where she could worry about her future and try to figure out if someone had murdered her friend. She could be alone with her fear and doubt . . . but she didn’t really want to. “I was getting ready to leave. What about you?”
“So was I. I thought I’d get some dinner before I called it a night. I don’t think the food here is going to be any good. Giovanni’s is one block over. Italian might be nice. I can promise you won’t have any trouble getting a glass of wine there.”
“You’re asking me out?” It was a little surreal. She saw much more attractive women still in the bar. Why had he chosen her? Maybe he liked a curvier girl. Some guys did.
His face settled into a polite mask. “I don’t know that I would call it a date.”
“What would you call it, then?”
He stepped closer, into her personal space. “Eve, I want to be honest with you.”
Eve. She wasn’t Everly to Gabriel. Which meant that he didn’t expect her to be a good, polite girl. She didn’t have to be shy about what she wanted.
She stood a bit taller and met his beautiful blue eyes. She could see the five‑o’clock shadow darkening his jaw and wondered what it would feel like to brush her fingertips over his face, to run her thumb across that full bottom lip of his. “Honesty is good.”
She wasn’t being entirely honest with him, but it didn’t matter. They were sharing a moment out of time. She wouldn’t see him again. She didn’t even know his last name.
“I’m looking for an escape tonight. I can find it in the bottom of a bottle or I can take you out of here and try to make us both feel good. Why don’t you let me buy you dinner and plead my case?”
He was asking her to sleep with him. A one-night stand. She’d never had one. She’d slept with two men in her whole life, and they’d both been her boyfriends. Sex had been all right, but something about the look in Gabriel’s eyes told her this would be far better.
He wanted to escape. She wasn’t sure from what, but she glimpsed a world of worries and sorrow in his expression that drew her. She understood loss and longing. She knew what it meant to need a few hours of escape. Hadn’t she been wanting that herself?
A single memory pierced her in that moment. Two days before he died, Maddox had shaken his head over her nonexistent dating life. He’d tried to persuade her to let him set her up on a blind date, but she’d said she didn’t have time. She’d needed to get some reports done and go through the purchase orders on the new hard drives and security systems. He’d rolled those piercing eyes of his.
You need to live a little. Your whole life can’t be spent behind a computer screen. Life is often about taking risks. Sometimes you have to leave yourself to figure out who you really are.
She didn’t have to be herself. Not tonight.
“Kiss me.” The words were out of her mouth before she could stop them. She was never bold or brazen when it came to men. She’d never demanded anything sexually of a lover, but she wanted Gabriel to kiss her. She wanted to see if that spark she felt translated to something truly physical.
She expected some discussion, and when he hesitated, she was more than willing to admit that she’d been hasty. Everly was about to shake her head and try to laugh the incident off when he cupped her face and his body brushed hers. He tilted her head up and his mouth descended.
Soft. His lips were soft on hers. Gentle. He moved with predatory grace. His fingers sank into her hair, and her hands seemed to naturally find the lean muscles at his waist. Even through his crisp dress shirt, she could feel the heat of his body. It practically poured off him and into her, warming her skin and making her come to life.
He was gentle, but Everly knew precisely who was in charge. His lips locked onto hers, leading her. A little tug on her hair told her which way he wanted her to move.
Everything about him—scent,taste, feel—made her melt. She forgot where she was, forgot that they were in public. The noise of the bar receded until all she could hear was her own heart beating furiously in her ears. Nothing mattered at all but the feel of his body under her hands, the masterful way he moved her.
“Is that what you wanted, Eve?” He breathed the words against her mouth. “You wanted to see if I can kiss? I can give you more. I don’t simply want to kiss your lips. I want to strip you down and find out if you’re as sweet and soft everywhere as you look. I want to run my tongue over your skin until I memorize how you taste. I want to kiss you so long and hard that you’ll forget you were ever kissed before.” He lifted his head up and dragged in a breath. “So what do you say? Will you have dinner with me?”
She swallowed. His words made everything but her need fall away. “It’s not dinner I’m interested in anymore.” 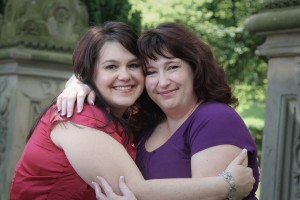 New York Times and USA Today bestselling author Lexi Blake began writing at a young age, concentrating on plays and journalism. It wasn’t until she started writing romance that she found success. Lexi lives in North Texas with her family. Visit her online at LexiBlack.net.

Review (3.75 stars): This was an intriguing romance for me because it was sexy, thrilling and had me on the edge of my seat. I loved Gabe and Everly together as a couple because they just fit so well together. They had great chemistry, sexual heat and I loved them joining forces on finding out who killed Maddox.  Scandal Never Sleeps is a great series debut and I’m definitely looking forward to reading the other books about the men of Creighton Academy.