Check out my stop on the blog tour for Roaring by Lindsey Duga from Entangled Teen! 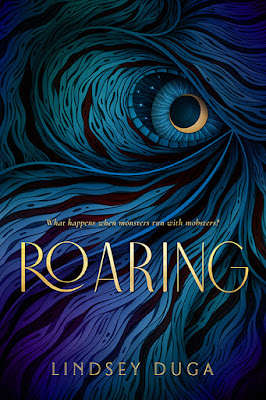 Colt Clemmons is an agent in a specialized division within the Bureau of Investigation—one that hunts down not just mobsters, but also monsters.For reasons that are kept top secret, Colt is the only person who can resist a siren’s voice. But he’s never had a chance to test this ability. The last siren left in the world mysteriously disappeared years ago.Then one night, with a single word, she reveals herself. It seems too good to be true. And it is. Because nothing about this siren—her past, her powers, or her purpose—is what it seems…

Immediately her head jerked to the side, eyes widening. I saw myself reflected in them, so wide with horror and fear.
Her neck craned, her eyes bulged, her body twisted, and she parted her lips. “Let me go.”  The magic in those words was incredible. I was halfway to the bed, reaching for her restraints when my instinct roared to life, halting my steps. I took just a moment to revel in my strength, to feel a rare sense of pride in what I was, when I so often resorted to self-loathing every damn day.
Rubbing my temples to get rid of the magical effects of her words, I growled, “That’s not
going to work.”
She said nothing, her eyes narrowing in confusion and disbelief. Surely no one had ever been able to resist her before. Perhaps she was wondering what I was.
Your worst nightmare, siren.
She tried a different command. “Untie me.”
My fingers twitched with want to obey her. To obey the magic flowing through the air and into me, but I clenched my fists and shook my head. “You can keep trying, siren, but you won’t control me.”
Her brow furrowed. Slowly she sat up in bed, her warm autumn hair falling around her shoulders. Her fear was tangible, thick in the room like a fog, but curiosity was there too.
“If you have a question, you can ask,” I told her, not liking her fear, like I was the bad guy here, not the girl
who’d caused a man twice her size to scream bloody murder. “Your voice doesn’t work on me, siren.”
Her fingers twitched in her restraints, and she slowly moved her legs to hang over the bed, her toes brushing the carpet. “Why do you keep calling me that?”
The magic within it aside, her voice was nice, lilting, and not so abnormal. If I had to place it, she sounded a bit like a chorus girl. Melodic, but not too airy—strong and clear.
“Because that’s what you are,” I answered evenly. Did she not know? Or was she just trying to fool me? No…she couldn’t be that good of an actress. The fear and confusion in her eyes were real. So maybe she understood what she was able to do, but not why she was able to do it.
Shit. This was going to be hard to explain.
Why do you need to tell her anything? a little voice in my head said. She’s a monster.
“I don’t know what that is,” she said finally.
I scanned her form, trying to determine what she was thinking. Her hands were shaking and her skin was pale. If she were completely innocent, she might be demanding why she was taken like this, but she seemed to know why. She definitely knew her own power.
“A siren is a creature with powers that allow them to exert their will over others using just their voice. In old texts, they were monsters that lured sailors to their death.”
She sucked in a small breath as her hands twisted against her restraints. The rope bristling against her skin was loud in the quiet room, while the sounds from the waking city were deadened by the window glass.
“You’re saying I’m a…”
“Monster, yes.” The faster she accepted this as truth, the easier it would be.
Her brow furrowed in anger, fingers curling into fists. “I am not a monster.”
About the Author 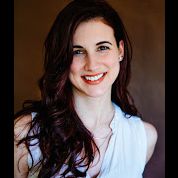 Lindsey Duga developed a deep love for courageous heroes, dastardly villains, and enchanting worlds from the cartoon shows, books, and graphic novels she read as a kid. Drawing inspiration from these fantastical works of fiction, she wrote her first novel in college while she was getting her bachelor’s in Mass Communication from Louisiana State University. By day, Lindsey is an account manager at a digital marketing agency based in Baton Rouge, Louisiana. By night, and the wee hours of the morning, she writes both middle grade and young adult. She has a weakness for magic, anything classical, all kinds of mythology, and falls in love with tragic heroes. Other than writing and cuddling with her morkie puppy, Delphi, Lindsey loves catching up on the latest superhero TV show, practicing yoga, and listening (and belting) to her favorite music artists and show tunes. KISS OF THE ROYAL is her YA debut novel.
Author Links:
Website: https://lindseyduga.com/
Twitter: https://twitter.com/lindseyduga
Instagram: https://www.instagram.com/linzduga/
Facebook: https://www.facebook.com/lduga
Goodreads: https://www.goodreads.com/author/show/15853318.Lindsey_Duga
Amazon: https://www.amazon.com/Lindsey-Duga/e/B07BJNMRHX/ref=sr_ntt_srch_lnk_1?qid=1524077289&sr=1-1

Review (4 Stars): Roaring was an entertaining paranormal story about a world where monsters exist and monsters that hunt them.  I loved this time-period and Colt searching for the last siren at a speakeasy.  Once he finds her, she learns that her powers don’t work on him because he isn’t really human and he has been sent to find her. This book opened up an amazing new world and I was lost in this wonderful imaginative world.  Ms. Duga is such a talented writer and Roaring is one that you will definitely enjoy.