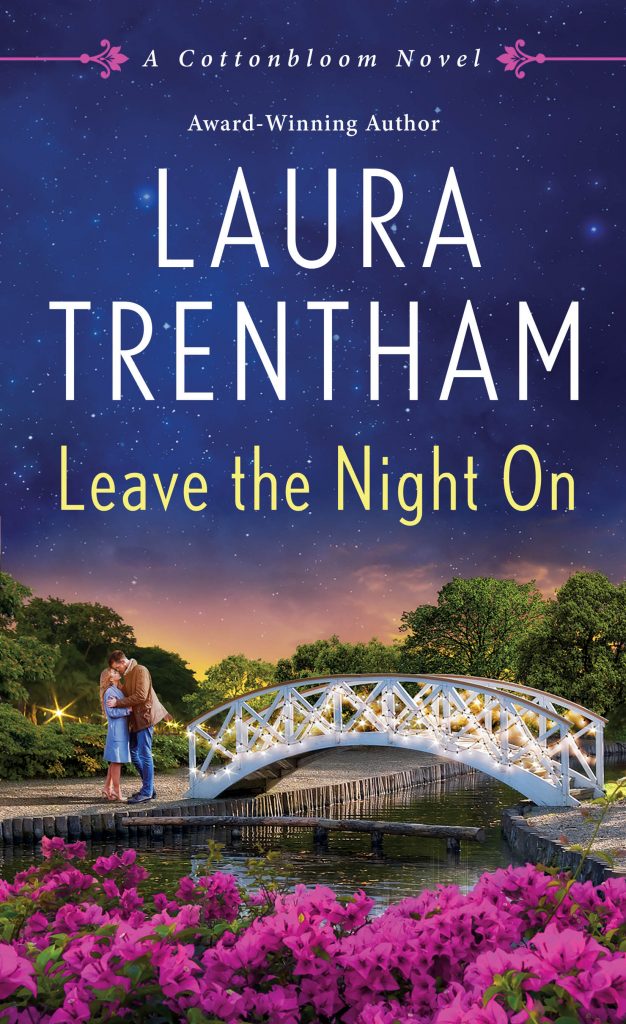 Love, betrayal, and sweet revenge—life in Cottonbloom is about to get a whole lot hotter . . .

Sutton Mize is known for lavishing attention on the customers who flock to her boutique on the wealthy side of her Mississippi town. So when she finds a lace thong in her fiancé’s classic cherry-red Camaro, she knows just who she sold it to: her own best friend. In an instant, Sutton’s whole world goes up in flames. . .

Wyatt Abbott has harbored a crush on Sutton since he was a young kid from the other side of the tracks. He witnessed Sutton’s shocking discovery in the Camaro at his family-owned garage—and it made him angry. What kind of man could take lovely, gorgeous Sutton for granted? But then Sutton comes up with an idea: Why not give her betrothed a taste of his own medicine and pretend that she’s got a lover of her own? Wyatt is more than happy to play the hot-and-heavy boyfriend. But what begins as a fictional affair soon develops into something more real, and more passionate, than either Sutton or Wyatt could have imagined. Could it be that true love has been waiting under the hood all along?

1. What inspired the novel plot?

Plots are strange things for me…I can rarely pinpoint anything in particular that triggers an idea. They usually pop into my head when I doing something else entirely like making dinner of driving the kids around.

I love the scene where Sutton gets drunk and finally propositions Wyatt for real. I hope it’s funny and sexy and the reader can feel her mortification when she thinks he turns her down.

Wyatt. He’s sexy and tough, but also incredibly sweet. He loves his family and would do anything for them. My heroes are complex and most definitely not a-holes.

Two more Cottonbloom books! WHEN THE STARS COME OUT (1/30/2018) features Wyatt’s twin brother Jackson. SET THE NIGHT ON FIRE (8/2018) is Mack Abbott’s book. Also, sometime in the fall of 2018, I’ll have a military themed romance/women’s fiction book releasing! I’m super excited about it too.

Actually, my first books were historical romances, and I’ll be re-releasing two and adding a new book in my historical Spies and Lovers series this fall (Sept/Nov 2017). But, while the historical books were on submission with publishers, my agent suggested I try a contemporary. It sold to St. Martin’s Press only a couple of months after my historicals sold. I’ve set all my contemporaries in the American south because that’s where I was born and have lived most of my life. I understand the way southerners talk and think.

I’m going to have to throw it back to Mary Stewart as my favorite author. I quite often reread her books. But as far as which book I’ve reread the most, it would have to be Julie Garwood’s The Bride.

I’ve always been an avid reader, but I didn’t even consider writing until five years ago. My daughter started preschool, and going back to work doing what I went to school for (chemical engineering) wasn’t feasible. I sat down one morning and started writing. At first, I didn’t even tell my husband what I was doing. I won’t lie, it took a lot of work and rewrites to get those first manuscripts good enough. But, eventually, I signed with an agent and sold them both.

Reading! (I know that’s a shocker:) I also enjoy the mindlessness of games on my phone.

Fried rice! I just learned to make it at home. My rice cooker is my second favorite appliance (behind my coffee maker!)

Andrew is a secondary character in the first Cottonbloom trilogy about the Fournette siblings. He’s kind of a slime ball in those books too.

It’s actually set half in Mississippi and half in Louisiana. I wanted a southern location. But, I also envisioned a twist on the wrong side of the tracks story. In Cottonbloom, the more affluent live on the Mississippi side and the blue-collar working class live on the Louisiana side. I wanted that push-pull and rivalry between the two. It informs the relationships between my couples. 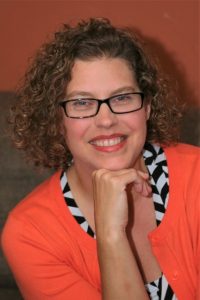 An award-winning author, Laura Trentham was born and raised in a small town in Tennessee. Although, she loved English and reading in high school, she was convinced an English degree equated to starvation. She chose the next most logical major—Chemical Engineering—and worked in a hard hat and steel toed boots for several years.

She writes sexy, small town contemporaries and smoking hot Regency historicals. The first two books of her Falcon Football series were named Top Picks by RT Book Reviews magazine. Then He Kissed Me, a Cottonbloom novel, was named as one of Amazon’s best romances of 2016. When not lost in a cozy Southern town or Regency England, she’s shuttling kids to soccer, helping with homework, and avoiding the Mt. Everest-sized pile of laundry that is almost as big as the to-be-read pile of books on her nightstand.

Review of Leave the Night On

Review (5 Stars):  Loved, Loved, Loved Sutton and Wyatt’s story!!  These two characters couldn’t be more perfect for one another and I loved how Sutton pretended that Wyatt was her secret lover to get back at her fiance and her best friend.  The chemistry between these two characters were off the charts and Sutton learned that sometimes life has other plans for you even when you least expect it.

This is the fourth book in the Cottonbloom series and each of Ms. Trentham’s romances are absolutely delightful.  Leave the Night On will capture your heart and leave you wanting to visit this romantic little town for yourself.  The next book, When The Stars Come Out, is coming out next year and I can’t wait to see who gets their happy ending next.