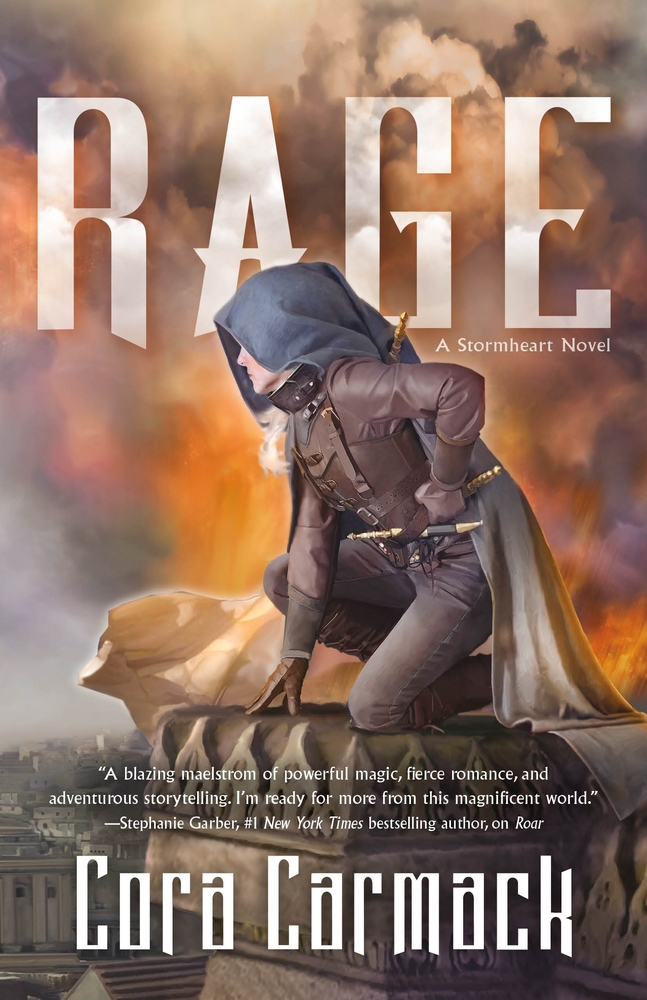 Her Kingdom or the storm hunter she loves.

If Aurora knows anything, it’s that choices have consequences. To set things right, she joins a growing revolution on the streets of Pavan.

In disguise as the rebel Roar, she puts her knowledge of the palace to use to aid the rebellion. But the Rage season is at its peak and not a day passes without the skies raining down destruction. Yet these storms are different…they churn with darkness, and attack with a will that’s desperate and violent. 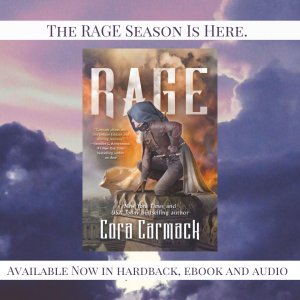 Cora Carmack is a New York Times and USA Today bestselling author of New Adult Romance and YA fantasy.  Her books have been translated into more than a dozen languages around the world. Cora lives in Austin, TX, and on any given day you might find her typing away at her computer, flying to various cities around the world, or just watching Netflix with her kitty Katniss and her dog Sherlock. But she can always be found on Twitter and Instagram (@coracarmack), Facebook (www.facebook.com/coracarmackbooks), and her website (www.coracarmack.com).