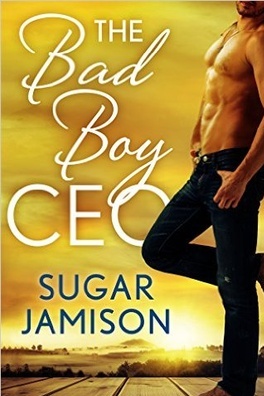 Colt King has spent his whole life trying to prove he’s not the trash his hometown of Destiny, Nevada, thought he and his brothers were. As soon as he was old enough he left town, vowing to make a name for himself and never looking back at the place that looked down on him. But that plan goes out the window when his ailing elderly aunt asks him to come home.

He begrudgingly returns to help the woman who raised him. But he’s no longer the poor kid from the bad part of town. He’s the ruler of a custom car empire and a financial genius. He arrives expecting a boring stay, but when he walks into his childhood home to find a woman in nothing but her underwear pointing a shotgun at his face, he knows his trip home will be a memorable one. With his aunt sick and forcing him to help her restore her fledgling hair salon, he has more than enough on his plate. Colt has no idea that her sexy tenant, Zanna, is going to be the cause of his many sleepless nights.

Zanna Jacobs came to the ghost town of Destiny to stay out of trouble and stay the hell away from men. She’s got a serious thing for bad boys that’s she trying to kick, and when she lays her eyes on the brutishly handsome Colt, she knows he’s got bad news written all over him. He’s not the typical thug she goes for: He’s too clean cut, too good looking, and too cold–and when he comes to take over her salon, she’s not going to take it. Zanna decides to show him exactly who the boss is. Colt is used to people following his orders, and when Zanna challenges his every word he finds her infuriating and incredibly sexy. He can’t keep his hands off her…and knows that once he returns to Las Vegas, all bets are off…

Sugar Jamison is a southern belle trapped in a New Yorker’s body. With a love of big hair and high heeled shoes, she spends her day at her very normal day job and night dreaming up sweet but sassy romances.

Review of The Bad Boy CEO

Review (4 Stars): The Bad Boy CEO is a great start to a new series by the talented Ms. Jamison.  I loved her other books and I was absolutely hooked after reading Zanna and Colt’s story.  Colt King is returning home because his beloved Aunt has become ill and makes a promise to stay for 30 days to help her failing business.  Living in the home he grew up in will be difficult because his Aunt has a new tenant, Zanna, who seems only interested in firing a gun at Colt.  Now these two have to work together to save the failing business and hopefully, Colt can find the kind of forever love he has been searching for with the sassy Zanna.

Zanna was fun and smart and was definitely used to taking care of herself.  I loved the description of her as a younger Raquel Welch because I could see that as the perfect Zanna for this book.  Colt was so used to getting what he wanted as an adult and I loved that Zanna kept him on his toes during this book.  He didn’t know how to handle her and I was glad that he had to work for her affections.  This is the first book in a new series and I can’t wait to see which of Colt’s brothers finds their match next.