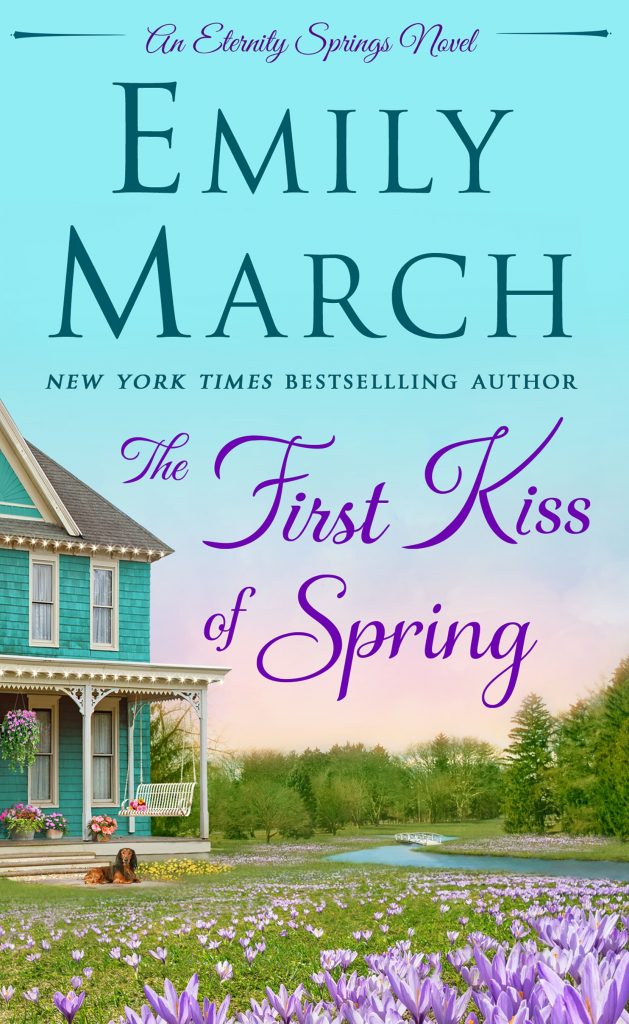 Spring has come to Eternity Springs in The First Kiss of Spring, the newest installment in this New York Times bestselling series by Emily March.

Life could be a dream…

Goal-oriented and gorgeous, Caitlin Timberlake’s dreams took her to the top of the corporate ladder in New York City. Now years later, her goals have changed. She wants to come home to Eternity Springs and build a business and a family of her own—with the new man in town. So what if sexy mechanic Josh Tarkington wants nothing more than a fling? Caitlin is a patient woman who knows how to work hard and strategize to win what she desires. She desires Josh. Unfortunately, he has other plans.

If only things were different…

Josh craves Caitlin and all she has to offer. However, he is a man with secrets. He has worked hard to overcome his tragic past, but he’s afraid to risk having a future because he knows trouble is never very far away. When a selfless act brings that trouble to his door, he stands to lose everything he cares about—including Caitlin. Will her love and the healing magic of Eternity Springs be enough to save him? 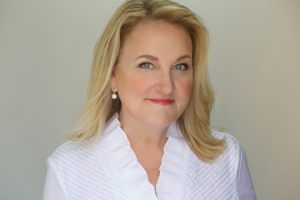 Emily March is the New York Times, Publishers Weekly, and USA Today bestselling author of over thirty novels, including the critically acclaimed Eternity Springs series. Publishers Weekly calls March a “master of delightful banter,” and her heartwarming, emotionally charged stories have been named to Best of the Year lists by Publishers Weekly, Library Journal, and Romance Writers of America. A graduate of Texas A&M University, Emily is an avid fan of Aggie sports and her recipe for jalapeño relish has made her a tailgating legend.

Review of The First Kiss of Spring

Review (4.5 Stars): I loved Caitlin and Josh’s story together!  From the first moment that they met, you knew that these two characters would be head over heels for one another and it was just a matter of time before that happened.  Josh was a mystery to me because he tried to keep Caitlin at arms-length but he couldn’t deny the attraction that he had to her. I had a feeling that he had a tragic life and that his secrets might hurt any chance that he had with Caitlin if she found out the truth. The thing I loved about Caitlin was that she was a fighter and wasn’t willing to give up on the person that she felt was “the one.”

The First Kiss of Spring was a sweet romance and I teared up over seeing some of the pain that Josh had to endure in his life.  The fact that he became such a sweet guy considering shows what a strong person he was and how Eternity Springs tends to take care of its own.  This book will definitely pull at your heart strings but love is always worth fighting for.