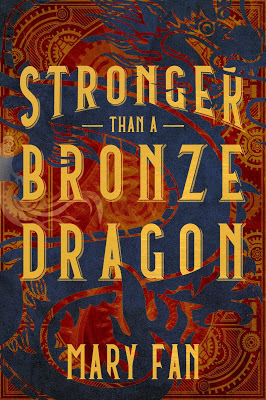 Stronger Than a Bronze Dragon

When a powerful viceroy arrives with a fleet of mechanical dragons and stops an attack on Anlei’s village, the villagers see him as a godsend. They agree to give him their sacred, enchanted River Pearl in exchange for permanent protection—if he’ll marry one of the village girls to solidify the alliance. Anlei is appalled when the viceroy selects her as a bride, but with the fate of her people at stake, she sees no choice but to consent. Anlei’s noble plans are sent into a tailspin, however, when a young thief steals the River Pearl for himself.
Knowing the viceroy won’t protect her village without the jewel, she takes matters into her own hands. But once she catches the thief, she discovers he needs the pearl just as much as she does. The two embark on an epic quest across the land and into the Courts of Hell, taking Anlei on a journey that reveals more is at stake than she could have ever imagined.
With incredibly vivid world building and fast-paced storytelling, Stronger Than a Bronze Dragon is great for readers who are looking for something fresh in epic fantasy.

For this one instant, I, too, am more than human.

Though the River Pearl is said to carry great magic, I’ve never seen it do anything other than sit in its shrine.

I cannot spend the rest of my life under his roof, forced to entertain his whim’s and bear his children.  The very thought makes me gag.

For them, I’d play the part of a humble bride.  Even though I’d rather dive into the Courts of Hell. 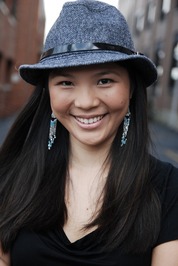 Mary Fan is a hopeless dreamer, whose mind insists on spinning tales of “what if.” As a music major in college, she told those stories through compositions. Now, she tells them through books—a habit she began as soon as she could pick up a pencil.
Mary lives in New Jersey and has a B.A. from Princeton University. When she’s not scheming to create new worlds, she enjoys kickboxing, opera singing, and blogging about everything having to do with books.

Review of Stronger Than A Bronze Dragon

Review (4 Stars): Stronger Than A Bronze Dragon was an epic fantasy adventure that I couldn’t get enough of.  Anlei was an amazing character that was strong, fearless and willing to do anything to protect her village.  Even if it means marrying someone she doesn’t love just so her family and friends will be safe from the forces that are always trying to attack them.  When the beloved River Pearl is stolen, which puts Anlei’s alliance in jeopardy, she must join forces with the viceroy to find the thief before it is too late for them all.

This was a great story and the writing had me captivated from the very beginning.  Ms. Fan created a magical world of metal and magic that is bound to entertain readers and I’ve never seen another literary world like it.  Such an epic journey and one that should not be missed.