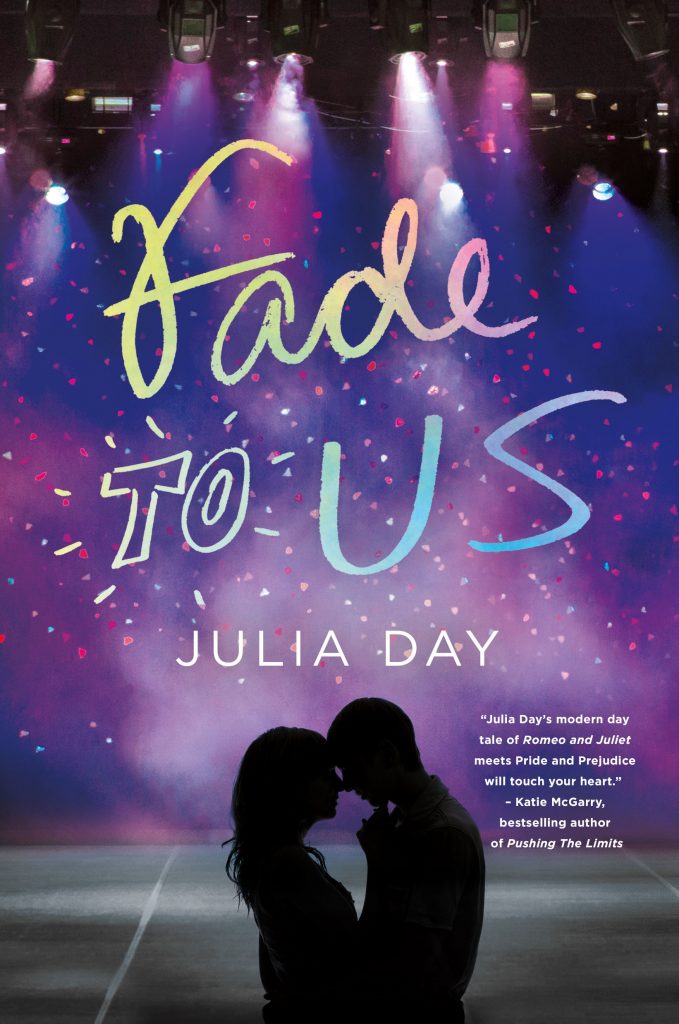 Brooke’s summer is going to be EPIC— having fun with her friends and a job that lets her buy a car. Then her new stepfather announces his daughter is moving in. Brooke has always longed for a sibling, so she’s excited about spending more time with her stepsister. But she worries, too. Natalie has Asperger’s–and Brooke’s not sure how to be the big sister that Natalie needs.

After Natalie joins a musical theater program, Brooke sacrifices her job to volunteer for the backstage crew. She’s mostly there for Natalie, but Brooke soon discovers how much she enjoys being part of the show. Especially sweet is the chance to work closely with charming and fascinating Micah–the production’s stage manager. If only he wasn’t Natalie’s mentor…

When her summer comes to an end, will Brooke finally have the family she so desperately wants–and the love she’s only dreamed about?

I had been chasing the Thomas twins around their house for a half hour, begging them to put on their clothes, when the garage door whined up. Their mother was home.
“Guys, come here,”
I shouted as I flung myself onto the carpet.
Five seconds later, I had two tiny bare butts bouncing on my belly. “Gotcha.” I sat up, locked my arms around their squirmy bodies, and shifted them onto my lap. I’d just wiggled a pair of Pull-Ups onto both boys when Mrs. Thomas walked in the door.
She hugged them as she smiled at me. “Were my little men good today?”
“Absolutely adorable.” I took the wad of cash she held out and shoved it into my pocket. “Thanks.”
“Brooke?” She squinted at the calendar hanging on the kitchen wall.“Can you babysit next Saturday morning? Eight to eleven?”
“Sure. See you then.” I kissed the twins on the tops of their heads and left. Once I got home, I locked up my bike in the backyard and collapsed into my hammock. A nap had just become
my top priority. Eyes shut. Swaying in the breeze. Surrounded by the scent of roses.
A screen door slammed, followed by thuds across the deck and the soft swoosh of footsteps on the lawn. Maybe if I pretended not to be here, the footsteps would change direction.
“Brooke,” Mom said.
Guess not. “I’m hiding.”
“Not very well, since this was the first place I looked.”
I smiled drowsily without opening my eyes. “Are you saying I’m predictable?”
“Completely. How were the boys?”
“Busy. And naked.” I sighed. Loudly. In a way that made it obvious I would rather not be talking.
“It’s time to eat.”
“Now?” It couldn’t be any later than five p.m. I peered at her through half-closed eyes. “What about Jeff?”
“He’s home. We’re having fried chicken.”
Mom rarely fried chicken, even though it was one of my favorites.
Too messy and unhealthy, which made today’s choice highly suspicious. “Why?”
“We’re holding a family meeting.” Her eyes sparkled with mischief.
I rolled from the hammock, my heartbeat jumping into overdrive.
“About . . . ?”
“Come and see.” She jogged back to the house, her blonde ponytail bouncing behind her.
A family meeting on a Friday in the middle of June? When nothing was going on? Mom and I had been a team long enough for me to know this meeting meant something big—and happy—for me.
Fighting off the burn of anticipation, I trailed her into the kitchen. The table looked gorgeous. Lace tablecloth.
Roses in a vase. The “company” china. And not only had my only-cooks-from-scratch-under-duress mother made fried chicken, she’d added creamed potatoes and biscuits, too.
Oh, yeah. Something big. And there was only one thing it could be.
Jeff was holding Mom’s chair for her. When he was done, I inched around him.
“Hello, Brooke.” He held up his fist.
My stepfather and I had been fist-bumping for the whole time he’d been in my life. I’d hoped after
their wedding that he would progress to hugging. But nine months later, I was still waiting.
“Hi, Jeff.” I touched my fist to his and slid onto a chair.
It quickly became apparent that the two of them had a conspiracy going to keep me in suspense during the meal. We talked about ordinary stuff, like . . . our jobs. The weather.
The Chicago Cubs’s chances of reaching the World Series. And after every topic, Mom and Jeff would smirk at each other and then me. Fine. I could survive on hope for a few more minutes.
As soon as they put down their forks, I pounced. “Okay, guys . . . ?”
My stepfather’s phone buzzed.
Mom and I exchanged grins. Because of course. The best moments of my life were always interrupted before they happened.

Like a hyper dog ruining the cookout for my ninth birthday.
Or the hurricane that canceled my first dance recital. Or the badly placed candle that torched the decorations at Mom’s wedding to Jeff. At least tonight, the destruction of property wasn’t involved.
He glanced at the phone and then at my mother.
“It’s Mei.”
His ex-wife.
He would have to answer, although his reluctance to delay the family meeting was kind of sweet.
Mom sniffed. “Go ahead.”
Jeff accepted the call. “Mei, what is it?” He narrowed his eyes, then frowned. Rocketing from his chair, he left the kitchen and disappeared into the den.
“I wonder what she wants,” I said.
“Me, too.” Mom covered the leftover potatoes with a piece of plastic wrap and carried them to the fridge. “Dessert?”
“Should we wait for Jeff?”
“Nope.” She added the p with a lot of attitude.
I reached for the biscuits. Might as well clean up, too.
Jeff was gone for ten minutes. Mom and I had already finished our peach cobbler when he returned. After slipping his phone into his pocket, he stood behind his chair, gripping the seat back. He looked uncertain. Hesitant. Two words I’d never thought of for my stepfather before.
My mother rose and crossed to his side. “What’s happened?”
“Mei has been having some health problems since she had her baby.” He shook his head as if dazed.
“I’m sorry.”
“The doctors want her to reduce her stress.”
Mom and I said in unison, “Natalie.”
He gave a sharp nod.
My stepsister and I chatted online often, and one of her fa-vorite topics was her baby brother.
But she’d never mentioned her mom being sick.
Jeff rubbed a hand over his nearly bald scalp. “Natalie is coming to live with us for a while.”
What? I stared at him in disbelief. Natalie would be living here?
He’d invited her without checking?

CREDIT: FADE TO US by Julia Day. Copyright © 2018 by the author and reprinted by permission of Wednesday Books. 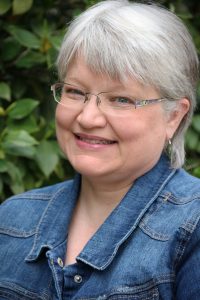 JULIA DAY lives in North Carolina, halfway between the beaches and the mountains. She has two twenty-something daughters, one geeky old husband, and too many computers to count. When she’s not writing software or stories, Julia enjoys traveling to faraway places, watching dance reality shows on TV, and making a dent in her To-Be-Read pile. Julia is the author of YA contemporary romances The Possibility of Somewhere and Fade to Us (Feb 2018).

Review of Fade to Us

Review (4 Stars): Fade to Us was a very sweet and touching story for me since I understood a lot of what Brooke was going through with the changes that were happening in her life.  Brooke had big plans for her summer when she learns that her new stepfather has agreed to let her stepsister, Natalie, move in with them.  Natalie has Asperger’s and having her move in will be quite an adjustment for them all.  When Natalie decides to join a music theater program for the summer, Brooke goes with her and finds that she enjoys being a part of the show as well as spending time with Micah, the stage manager.  By summer’s end, Brooke may have to make a decision between the family she desperately wants and the love that she has been looking for.

I really enjoyed this book because I felt that it dealt with Brooke’s situation in a compassionate and very realistic way.  There were a lot of tears of frustration and laughter along the way but it showed how a family deals with the challenges of having a family member of autism and I loved reading Brooke and Natalie’s story together.  Ms. Day did a great job with Fade to Us and I’m looking forward to reading more from this talented author.