I absolutely loved Daughter of the Pirate King when I read it last year and was so excited when I got the opportunity to be on this blog tour.  Music has always been a part of my life and whenever I read a book I start to think about the songs that would go great with each story.  Today, I put together my own playlist that I thought would fit for Alosa and her courageous pirate crew without giving too much away. 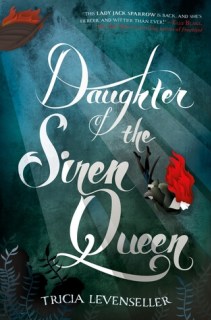 Alosa’s mission is finally complete. Not only has she recovered all three pieces of the map to a legendary hidden treasure, but the pirates who originally took her captive are now prisoners on her ship. Still unfairly attractive and unexpectedly loyal, first mate Riden is a constant distraction, but now he’s under her orders. And she takes great comfort in knowing that the villainous Vordan will soon be facing her father’s justice.

When Vordan exposes a secret her father has kept for years, Alosa and her crew find themselves in a deadly race with the feared Pirate King. Despite the danger, Alosa knows they will recover the treasure first . . . after all, she is the daughter of the Siren Queen. 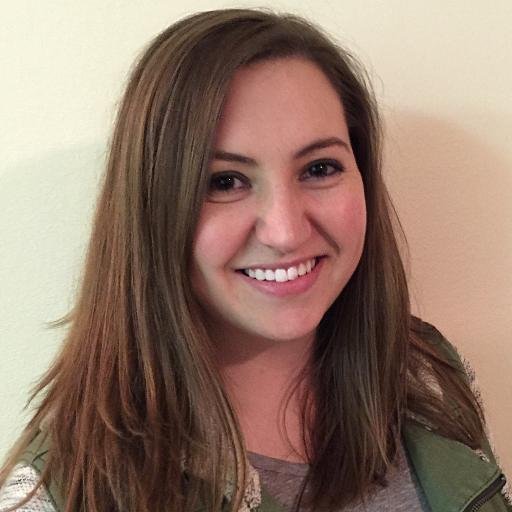 Tricia Levenseller is the author of the Daughter of the Pirate King duology and forthcoming standalone, Warrior of the Wild. She likes to describe her books as young adult alternate–world historical fantasies with heavy romantic subplots.

Initially from a small town in Oregon, Tricia now lives next to the Rocky Mountains with her bossy dog, Rosy. She received her degree in English Language and editing, and she is thrilled that she never has to read a textbook again. When she’s not writing or reading, Tricia enjoys putting together jigsaw puzzles, playing volleyball, playing Overwatch with her siblings, and watching shows while eating extra-buttered popcorn.

Review of Daughter of the Siren Queen

Review (5 Stars):  I absolutely loved this book!!  I’m a huge fan of the first book, Daughter of the Pirate King, and was so excited when I got the opportunity to read it early. This book starts off with non-stop action and I loved how Alosa got back at Vordan and his crew after everything that happened in the last book.  She was also able to get the last piece of the missing map that her father was desperately searching for and would bring them all closer to the treasure of Isla de Canta. The only thing is that this last puzzle piece brought a startling new revelation that her father has been holding on to a secret and that secret could change everything.

Alosa is one of those heroines that you will instantly like because she is smart, strong-willed and very much a bad-ass.  Her powers as a siren absolutely floor me and the things that she is capable in this book is amazing.  I was very glad to see Riden again and through most of this book, his relationship with Alosa is strained.  For these two characters, they have a hard time telling how the other truly feels for fear that they have an ulterior motive and it is all part of a game.  Watching them dance around each other was painful to watch but I was very happy with what happened at the end.

Daughter of the Siren Queen is an action-packed thrill-ride with a kick-ass heroine that you will never forget.  I finished this book in a day because it grabbed me from the beginning and wouldn’t let go just like Alosa’s siren powers.  Ms. Levenseller is an extremely talented writer and I can’t wait to see what she writes next.

Check out the rest of the blog tour stops for more about the series: