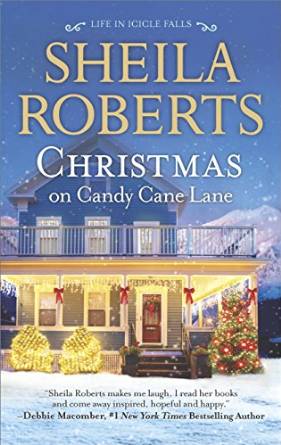 Everyone’s getting ready for Christmas in Icicle Falls, especially on Candy Cane Lane, where holiday decorating is taken very seriously. Tilda Morrison, town cop, is looking forward to celebrating Christmas in her first house…until she discovers that she’s expected to “keep up” with the neighbors, including Maddy Donaldson, the inspiration behind the whole extravaganza. But this year, someone’s destroying Maddie’s precious candy canes! Thank goodness for the cop in their neighborhood.

Tilda already has her hands full trying to sort out her love life and fix up her fixer-upper. Oh, and won’t it be fun to have the family over for Christmas dinner? Not really… Then there’s her neighbor, Ivy Bohn. As a newly single mom, Ivy can sum up the holiday in two words: Bah, humbug. But she’s determined to give her kids a perfect Christmas.

Despite family disasters, irritating ex-husbands and kitchen catastrophes, these three women are going to find out that Christmas really is the most wonderful time of the year!

The holidays are tailor-made for getting to know your neighbors better.
―Muriel Sterling, Making the Holidays Bright: How to Have a Perfect Christmas

A man with a handsome, swarthy face and an admirable set of pecs suddenly appeared at the back of her mind. Oh, no. Devon Black was not in the running for that cozy life with the house, the kids and the dog. Devon Black did not deserve to see her in her bra and panties. Or out of them.
Someday she’d find the right man. New people moved to Icicle Falls all the time. Maybe Santa would bring her the perfect man for Christmas next year. This year it was a house. And that was enough to ask for. After all, there was only so much the jolly, old guy in red could fit in his sack… 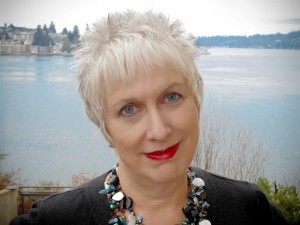 Sheila Roberts lives on a lake in the Pacific Northwest. She’s happily married and has three children. She’s been writing since 1989, but she did lots of things before settling in to her writing career, including owning a singing telegram company and playing in a band. Her band days are over, but she still enjoys writing songs. Sheila’s books are best sellers and often appear as Reader’s Digest Condensed Books. Her novel “Angel Lane” was named one of Amazon’s top ten romances in 2009. Her novel “On Strike for Christmas” was a Lifetime Network movie and her novel “The Nine Lives of Christmas” is now a Hallmark movie, scheduled to air November 8th.

When she’s not speaking to women’s groups or at conferences or hanging out with her girlfriends she can be found writing about those things near and dear to women’s hearts: family, friends, and chocolate.

Review (4.5 Stars):  What a great holiday romance!!!  I loved spending time in Icicle Falls with Tilda, Maddy and Ivy.  Each of these women were gearing up for a horrible holiday season but sometimes fate has different ideas.  Christmas on Candy Cane Lane was a charming, sweet romantic tale that will definitely have you believing in the true spirit of Christmas.  This story had the perfect amount of romance, humor and holiday cheer which kept me thoroughly entertained. I loved each character in Icicle Falls and I’m now looking forward to spending more time there in the future.