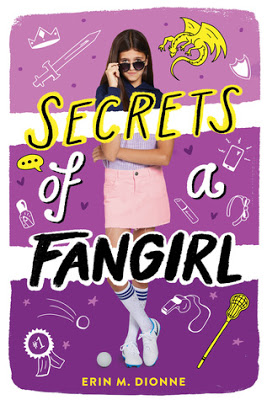 Secrets of a Fangirl

Sarah Anne loves lacrosse, and the MK Nightshade series that everyone was obsessed over in grade school. The problem is that she’s still obsessed, which is way too nerdy for a popular kid like her. So she hides her geekiness with a set of rules meant to keep her geek and jock selves separate.Except when she’s offered a spot in a Nightshade fandom contest, where the winner gets to see the new movie premiere in LA. No one seems to think Sarah Anne can win, since she’s up against a pair of guys in high school–but the more she’s called a fake fan, the more determined she is to wipe the floor with her competition. As long as none of her friends or anyone at school knows what she’s doing.

Can she keep her geek identity a secret, win the contest, and manage to keep her friends even though she’s been living a lie? Sarah Anne is going to have to make some choices about what’s truly important to her and which rules she’s going to break to stay true to herself.

Some gifts come with great responsibility

Geek Girl.  I kinda liked the sound of that 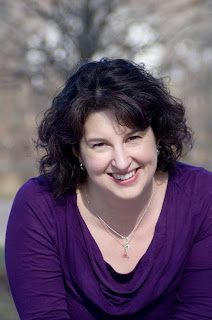 Erin Dionne’s latest book for tweens is Lights, Camera, Disaster (Scholastic 2018). Her other novels are Models Don’t Eat Chocolate Cookies, The Total Tragedy of a Girl Named Hamlet, and Notes from an Accidental Band Geek.

Her novel Moxie and the Art of Rule Breaking: A 14 Day Mystery, is based on the real-life Isabella Stewart Gardner Museum art heist and was a 2014 Edgar Award finalist. The series continues with Ollie and the Science of Treasure Hunting. Her first picture book, Captain’s Log: Snowbound, illustrated by Jeffrey Ebbeler, was released in 2018 and received a starred review from Kirkus.
A graduate of Boston College (BA English & Communications) and Emerson College (MFA), she teaches at Montserrat College of Art and lives outside of Boston with her husband, two children, and a very indignant dog.

Review of Secrets of a Fangirl

Review (4.5 Stars):  Secrets of a Fangirl was a great uplifting story about being true to yourself.  Sarah Anne is a huge fan of the MK Nightshade series but doesn’t want anyone to know about her geekness in Middle School.  When she gets the opportunity to enter a contest to meet the cast and attend the premiere of the newest Nightshade movie, she has to make a tough decision.  Will she chase something that she loves and be true to herself or give it up for fear of her friends finding out?

I loved this story because it was a light-hearted look at being comfortable in your own skin and doing what you love.  I remember being Sarah Anne’s age and just trying to fit in while you are going to school.  Sarah Anne had to accept who she was and not who she was pretending to be.  Your true friends will be there no matter what and this is what Sarah Anne had to discover for herself.  As a Supernatural Fangirl, I understand how much it means to be a part of a fandom and that is why I loved Secrets of a Fangirl.