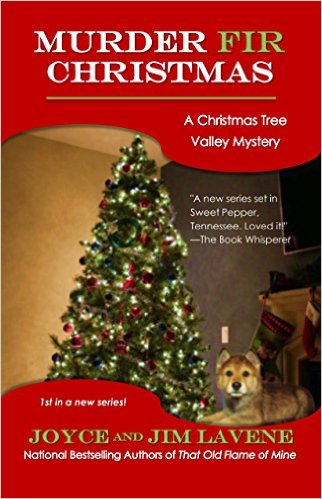 Down the mountain from Sweet Pepper, Tennessee is Christmas Tree Valley, a place filled with hundreds of Christmas tree farms where generations of growers have made people’s lives brighter. Yet even here in this quiet, postcard-perfect corner of the world, darkness and murder can still stalk the night.

Federal Wildlife Agent Bonnie Tuttle has always had a special gift with wild animals. It was one of the reasons she decided to train with the wildlife agency. She’s spent the last ten years in Alabama working, but her mother needs her home and she’s back despite all the bad parts of her life she hoped to leave behind.

Her first day home begins with a fire on the island in Sweet Pepper Lake and the death of Harvey Shelton, the wildlife agent she’s supposed to replace. Bonnie manages to rescue dozens of animals from the fire – including a wolf pup that was shot with the same bullet that killed Harvey.

Now she’s hot on the trail of Harvey’s killer and trying to reintegrate the wolf back into the wild even though he seems to want to stay with her. Yet old memories persist in the small community where she grew up, and the killer now seems to believe that she has what he killed Harvey for. All she has to do is figure out what that is before it’s too late. 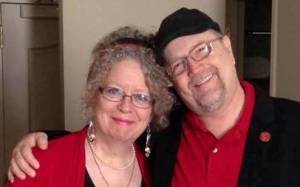 Joyce and Jim Lavene write award-winning, bestselling mystery fiction as themselves, J.J. Cook, and Ellie Grant. They have written and published more than 70 novels for Harlequin, Berkley, Amazon, and Gallery Books along with hundreds of non-fiction articles for national and regional publications. They live in rural North Carolina with their family.

Review (4 Stars): Bonnie Tuttle has moved home to Christmas Tree Valley to help her ailing mother and to start a new job as a Federal Wildlife agent.  After just arriving in town, Bonnie becomes involved in a murder case when the man she is supposed to replace, Harvey Shelton, is discovered dead during a fire on a local island.  Now, Bonnie must try to find a killer before she becomes the next victim on their list.

Murder Fir Christmas was a well-crafted mystery with a spunky heroine, engaging characters and a whodunnit that will keep you on the edge of your seat.  I enjoyed Bonnie’s character as she made her way back home to Christmas Tree Valley and ran into several familiar faces from Sweet Pepper.  I loved the humor laced throughout this story and you could definitely see that Bonnie had a way with animals which helped her quite a bit as a Federal Wildlife agent.  This story had so many twists and turns and I’m looking forward to seeing where being back home will take Bonnie in the future.  Can’t wait for book number two because the Lavene’s are the masters of cozy mysteries.
a Rafflecopter giveaway