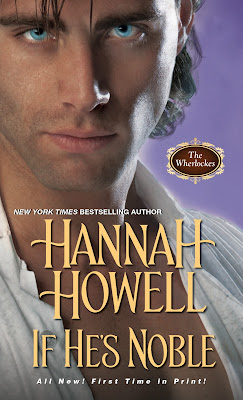 New York Times bestselling author Hannah Howell delivers adventure and instant attraction in this all-newWherlocke Family novel…
For Lady Primrose Wootten nothing has been ordinary since her father the Baron died and his wayward family filled the estate with greed and treachery. Primrose knows if she can just track down her brother, he can send the odious relations on their way. But instead she finds this  enormous, powerful stranger, and forgets entirely what she was doing in the first place…
Sir Bened Vaughn isn’t much afraid of a pistol. But he is a bit afraid of the woman holding it, who stirs up something so primal he’s not sure he can shake it off. Vaughn is an honorable man, and he knows he has no right to desire Primrose. Yet he does have an obligation to help her, and as they learn more about her brother’s disappearance, he realizes that means staying by her side…wanting her all the while… and wondering how much longer they can resist temptation…
BUY NOW
Amazon | B
& N | iTunes | Kobo

“Are you certain?”
“Very certain, miss. I would have noted a gentleman as fine as the one you have described and I saw no one like that.”
Primrose stared at the woman. She was a little plump with shapely curves, just as Simeon always liked women to be. There was little doubt in her mind that this woman had noted and was worldly enough to have done a great deal more if the chance had arisen.
“Yet I followed his horse’s trail right to this inn.”
“If he was here, it must have been on the day I do not work.”
The words you are a liar were hot on her tongue when Bened grabbed her by the arm and dragged Primrose out to where their horses waited. She did not know who she was most angry with, the lying woman in the shop or Sir Bened.
“She knows. She saw him,” she protested even as she mounted her horse.
“Yes, she does,” he agreed as he mounted Mercury and started to ride out of the village, pleased that Primrose followed him with no further protest. “She was also not going to tell you a thing.”
“Why? I told her I was his sister, gave her my name, which she clearly recognized, and assured her that I meant him no harm. Simeon would not hide from me.”
“But he is apparently hiding from someone, which I find very interesting.”
“Oh.” She frowned and thought on the failed interrogation of the woman at the inn, as well as what Bened had said just before she had retired last night. “So you were right to think my aunt is actually following Simeon’s trail, not ours. And my brother has become aware of her pursuit.”
Bened nodded as he thought over all the reluctant, even missing, witnesses they had sought out. They would find Simeon’s trail only to end up being told that no one had seen the man, a man whose own sister said was very noticeable. Or they could not locate a person, when everyone insisted they would know about any stranger coming through the village. He hoped they were just hiding and not been silenced.
“I do think he has discovered someone, aside from you, is following him and that person is not looking to keep him safe until he can return to Willow Hill. He is the one trying to hide his own trail.”
“So he must know he is in danger now. That is a relief. Yet, why has he not tried to reach me? If he knows the enemy is on his trail he must also know that I am.”
“He may but who does he trust to give you a message? Much safer to just tell everyone not to let anyone know that he has passed their way. Then they cannot be tricked into revealing anything to the enemy instead of the friend.”
“Silence is golden.”
“Certainly safer.”
“Do you think I now waste our time hunting for him?”
“Oh, nay. He will discover that soon enough and will then try to safely meet with you. We stay on his trail to give him that chance. The fact that he now works to hide his trail tells me that your aunt and her hirelings have gotten too close from time to time. Your brother is in dire need of some ally, someone to watch his back.” 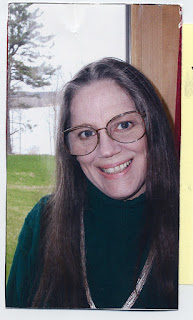 Hannah D. Howell is a highly regarded and prolific romance writer. Since Amber Flame, her first historical romance, was released in February 1988, she has published 25 novels and short stories, with more on the way. Her writing has been repeatedly recognized for its excellence and has “made Waldenbooks Romance Bestseller list a time or two” as well as was nominated twice by Romantic Times for Best Medieval Romance (Promised Passion and Elfking’s Lady). She has also won Romantic Times’ Best British Isles Historical Romance for Beauty and the Beast; and, in 1991-92 she received Romantic Times’ Career Achievement Award for Historical Storyteller of the Year.
Hannah was born and raised in Massachusetts (the maternal side of her family has been there since the 1630’s). She has been married to her husband Stephen for 28 years, who she met in England while visiting relatives, and decided to import him. They have two sons Samuel, 27,
and Keir, 24. She is addicted to crocheting, reads and plays piano, attempts to garden, and collects things like dolls, faerie and cat figurines, and music boxes. She also seems to collect cats, as she now has four of them, Clousseau, Banshee, Spooky, and Oliver Cromwell.
Website | Facebook | Goodreads