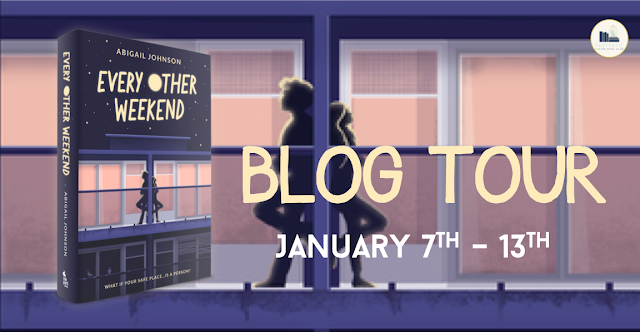 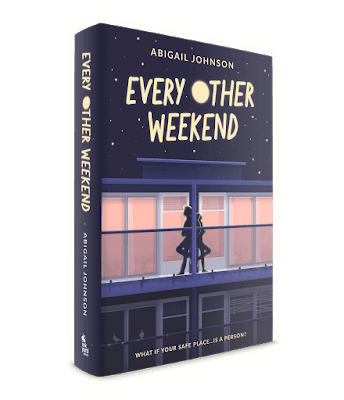 Synopsis:
What if your safe place…is a person?
Adam Moynihan’s life used to be awesome. Straight As, close friends and a home life so perfect that it could have been a TV show straight out of the 50s. Then his oldest brother died. Now his fun-loving mom cries constantly, he and his remaining brother can’t talk without fighting, and the father he always admired proved himself a coward by moving out when they needed him most.
Jolene Timber’s life is nothing like the movies she loves—not the happy ones anyway. As an aspiring director, she should know, because she’s been reimagining her life as a film ever since she was a kid. With her divorced parents at each other’s throats and using her as a pawn, no amount of mental reediting will give her the love she’s starving for.
Forced to spend every other weekend in the same apartment building, the boy who thinks forgiveness makes him weak and the girl who thinks love is for fools begin an unlikely friendship. The weekends he dreaded and she endured soon become the best part of their lives. But when one’s life begins to mend while the other’s spirals out of control, they realize that falling in love while surrounded by its demise means nothing is ever guaranteed.

“My mom likes to pretend that she’s fine-both my parents do-but it kills her that we’re here.  She’s not great with being alone.”

“I prefer Spawn of the Queen Bitch.”

“It’s not my fault that your mother threw a glass at my head.” 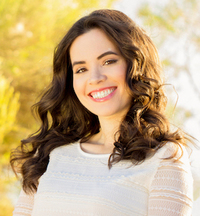 Abigail was born in Pennsylvania. When she was twelve, her family traded in snow storms for year round summers, and moved to Arizona. Abigail chronicled the entire cross-country road trip (in a purple spiral bound notebook that she still has) and has been writing ever since. She became a tetraplegic after breaking her neck in a car accident when she was seventeen, but hasn’t let that stop her from bodysurfing in Mexico, writing and directing a high school production of Cinderella, and becoming a published author.

Review of Every Other Weekend

Review (5 Stars): I absolutely adored this book!! Jolene and Adam were such a sweet couple who found each when they spent every other weekend at each of their divorced parent’s home.  This book made me laugh, smile and cry because of all the things these characters went through.  They each were harboring their own secrets and I’m so glad that they found one another.  Every Other Weekend is one of my favorite books that I’ve read in the last couple of years and I can’t wait to read more from this talented author.