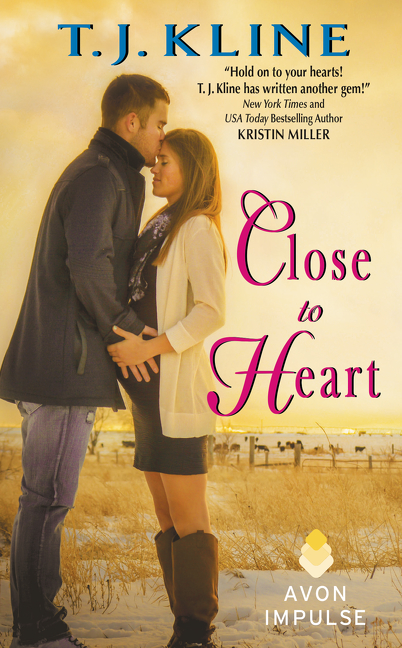 As the only veterinarian in town, Justin Hart doesn’t have time to think about romance. So when A-list actress Alyssa Cole crashes her car outside his clinic, it’s entirely unexpected when there’s a spark between them he can’t ignore. Still, she’s a movie star, and he’s just a small town cowboy.

Alyssa has learned the hard way not to believe first impressions, especially not in Hollywood. But, 400 miles from her former life with nowhere to go and no one to turn to, she places her trust in the handsome vet who comes to her rescue.

There’s no denying the connection between them, but when Alyssa’s past shows up at the door, will their new relationship be able to withstand the storm?

Son of a bitch!
As much as he wanted Lyssa to stay, he never wanted it to be a spectacle set up for publicity. He was going to be put on display, nothing more than a tool used to torque her ex-husband’s pocketbook and to twist the media around her finger. Maybe she was more like the Alyssa Cole he’d seen on the big screen after all. Maybe, the woman he thought he knew was the fantasy.
He headed for the back door to the clinic as he saw Franklin, completely pleased with himself, come trotting down the porch steps and wave. “I’m heading out, lots of calls to make to set up this press conference for tomorrow morning. Think we could set it up right here?” He waved his hand toward the front porch.
“Does it really matter what I say?” He couldn’t help the disgust from creeping into his voice. This was a sham and he didn’t enjoy feeling like a common fraud. “Sounds like you and Alyssa have this all planned out.”
Frank arched a brow in question. “If you’ve got a problem with this, say something now. I need for this to be real, Hart.”
Justin grunted at the man. “Sure you do.”
“What’s that supposed to mean?” Franklin slid the shoulder strap of his messenger bag over his shoulder. “I’ve got too much to get organized to play this guessing game with you. Aly needs you.”
“Why? She has you and she’s a good actress. I’m sure the two of you can pull this off with or without me. I’ve got work to do.” He spun on his heel, disgusted and frustrated.
“You realize she’s not acting right?” Franklin’s words stopped him, his hand on the door. “She’s falling in love with you.” Justin looked back at him. “And whether you want to admit it or not, you’re falling for her. You wouldn’t be this pissed if you weren’t.”
“I’m pissed because you’re asking me to do something that goes against all my morals. You want me to lie about our relationship. There’s nothing about this that’s the truth, no matter how much you spin it.”
Franklin burst out laughing and Justin clenched his fists at his sides, barely keeping himself from punching the other man in the face. The last thing Lyssa needed was a spokesperson bearing a black eye on camera.
“Did you or did you not rescue her?” When Justin refused to answer, Franklin pressed on. “And do you really think everyone can’t see your feelings for her on your face? All you have to do is look at her.” Franklin grimaced. “You both look like lovesick teenagers.”
Justin didn’t hold back any longer and shoved both hands against Franklin’s chest, knocking him backward. “Shut up!”
“Why, because you don’t want her to know?” Franklin yelled back at him. “Or because you want to pretend it’s not true? I told you this would happen. It’s too late, you’re in too deep and there’s no going back now unless you want to leave her to that wolf she married. Because if you do, he’s going to tear her to shreds. I don’t want to see that happen and, right now, Hart, as much as I don’t like it and wish I had another alternative, you’re her only hope.”

T. J. Kline was raised competing in rodeos and rodeo queen competitions since the age of 14, She has thorough knowledge of the sport as well as the culture involved. She has had several articles about rodeo published in the past in small periodicals as well as a more recent how-to article for RevWriter. She is also an avid reader and book reviewer for both Tyndale and Multnomah.

Review of Close To Heart

Review (4.5 Stars):  Such a sweet and tender-hearted romance.  I loved Alyssa and Justin together as a couple and they were absolutely perfect for each other.  Alyssa thought she had everything that she needed until she was kicked out months before the birth of her child and a chance encounter on a snowy night brought Justin into her life.  He was a smart, caring guy and he would have done absolutely anything for Alyssa and that was exactly what she needed.  I loved the secondary characters in this story and I can’t wait to read more about them in the future.  Close To Heart was a charming romance that had me believing that love will find you even in the worst of times and knows where your heart truly belongs.  Can’t wait to read more from this talented author.
a Rafflecopter giveaway

One Response to “Blog Tour & Giveaway: Close To Heart by T.J. Kline”