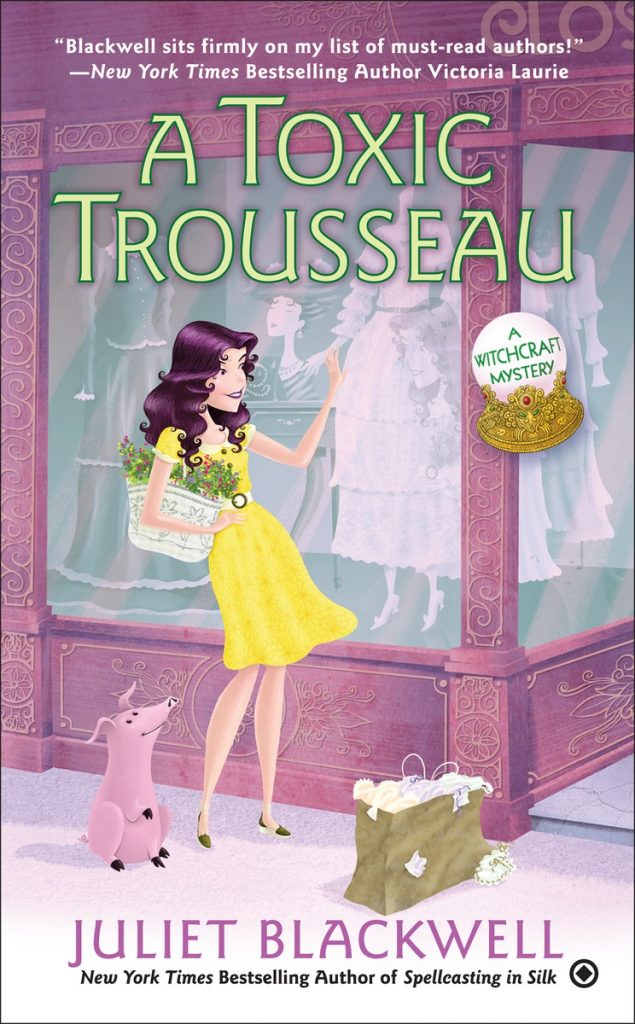 Even the most skilled sorceress can’t ward off a lawsuit, and Lily is not at her enchanting best with her hands full as the temporary leader of San Francisco’s magical community. So after her potbellied pig Oscar head-butts rival clothier Autumn Jennings, Lily tries to make peace without a costly personal injury case.

But any hope of a quiet resolution is shattered when Autumn turns up dead. As one of the prime suspects, Lily searches for a way to clear her name and discovers a cursed trousseau among Autumn’s recently acquired inventory. Lily must deal with a mysterious dogwalker and spend the night in a haunted house as she delves into the clothing’s treacherous past. She’s got to figure out who wanted to harm Autumn fast, before the curse claims another victim…