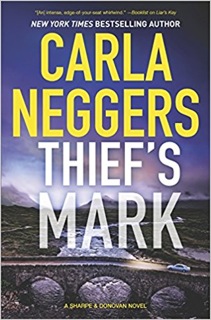 A murder in a quiet English village, long-buried secrets and a man’s search for answers about his traumatic past entangle FBI agents Emma Sharpe and Colin Donovan in the latest edge-of-your-seat Sharpe & Donovan novel

“Come.” She pointed toward the edge of the driveway, where the hedges grew tall. They were an item on the long list of garden-related tasks, but Martin saw she was pointing at a stone bench that had occupied the spot in front of the hedges for decades. “Let’s have a seat there, shall we? The police will be here in a matter of minutes.”
Martin followed her to the bench but he didn’t sit. She did, crossing one leg over the other, skirt only slightly askew. He peered at the dead man, attempting to absorb the details of his appearance, his attire, his injuries. They were a jumble. He was reeling, fighting a sense of urgency that had purpose but no direction. “Is anyone in the house?” he shouted. “Do you need assistance?”
Henrietta frowned at him, but he ignored her. He remembered his solemn promise to Priscilla York he would look after her only grandson. She’d known it would be difficult. “Oliver has his ways, Martin. Don’t be too hard on yourself when he goes astray, as he surely will.”
He steadied himself, taking in the pungent scent of the evergreen hedges. He calmed himself and peered again at what he could see of the man sprawled at the door—what was clear and not out of his view or blurred by fear, shock, adrenaline and horror.
The man looked to be in his fifties.
The right age.
Martin allowed himself a moment to listen to birds singing in the trees behind him, but he couldn’t do it. He felt himself being transported to the past, against his will…to the arrival of the police and the unfathomable news that Charles and Deborah York were dead—murdered in their London home—and their young son was missing. At that moment, his own life had been forever changed. He’d been here on the farm. He’d wanted to run, as he did now.
He’d located Nicholas and Priscilla and sat vigil with them through those tense, grief-filled days, every second seared into his memory. Eight-year-old Oliver had escaped from the Scottish ruin where the two men who’d killed his parents had taken him, with the hope of earning a hefty ransom in exchange for the boy’s safe return to his family. A priest out for an early morning walk had come upon him and taken him to safety. Young Oliver identified the killers and kidnappers as Davy Driscoll and Bart Norcross, two men in their midtwenties who had done groundskeeping and a variety of odd jobs in London for Charles and Priscilla. They’d worked on a contract basis and had quit a short time before the murders.
Physical and circumstantial evidence confirmed the boy’s eyewitness account.
For their part, Driscoll and Norcross disappeared as if into thin air.
Until today.
Martin raked his hands through his grayed hair. He was aware of Henrietta silently watching him from the bench, but he didn’t care. He could be letting his emotions get ahead of him. He could be wrong and it wasn’t Davy Driscoll lying dead before him.
He didn’t need to panic or go off half-cocked. He hadn’t known either killer well. They were wanted men. With no credible sightings of them and no leads, surely they’d altered their appearance and adopted new identities.
The face of the dead man, the line of his jaw, his slight build, his age…
Was he Davy Driscoll?
Martin sighed heavily. He was certain it was.
Almost.
He wondered how the dead man had sustained his fatal injuries. A knife wound? A gunshot? Martin hadn’t heard gunfire and assumed no one else had, either. He shuddered. Never mind the shock that had seized him, he made no pretense of expertise in violent death, whether accidental, self-inflicted or the work of another.
He could hear approaching police cars. The York farm had always been a refuge, not just for Oliver, but for him, too—for all those who loved the land, its history and the family. The violence done to Charles and Deborah and their young son had occurred in London, not here.
“Alfred…” Martin bit back fear. “He was here when I left the house.”
“Oliver didn’t bring him to the potting shed. He probably returned Alfred to your cottage before he came down.”
It had to be the case. The puppy would have been out the open door, yapping at their feet, by now, and he was trained to stay close and wouldn’t have gone far. Martin shut his eyes. “Oliver,” he whispered, “where the devil are you?”
“Good question,” Henrietta said.
He opened his eyes and turned to her. “You weren’t supposed to hear that.”
“I know.”
She didn’t look ruffled by his gruffness. She seemed sincerely troubled by the day’s events, but if she was MI5, she’d be able to fake sincerity. “Oliver isn’t a killer,” Martin said.
Henrietta turned by a tall, cracked stone urn. Her eyes had an unexpected, genuine warmth to them. “Of course he isn’t.” 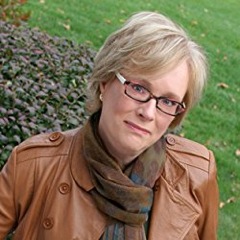 One Response to “Excerpt Tour: Thief’s Mark by Carla Neggers”