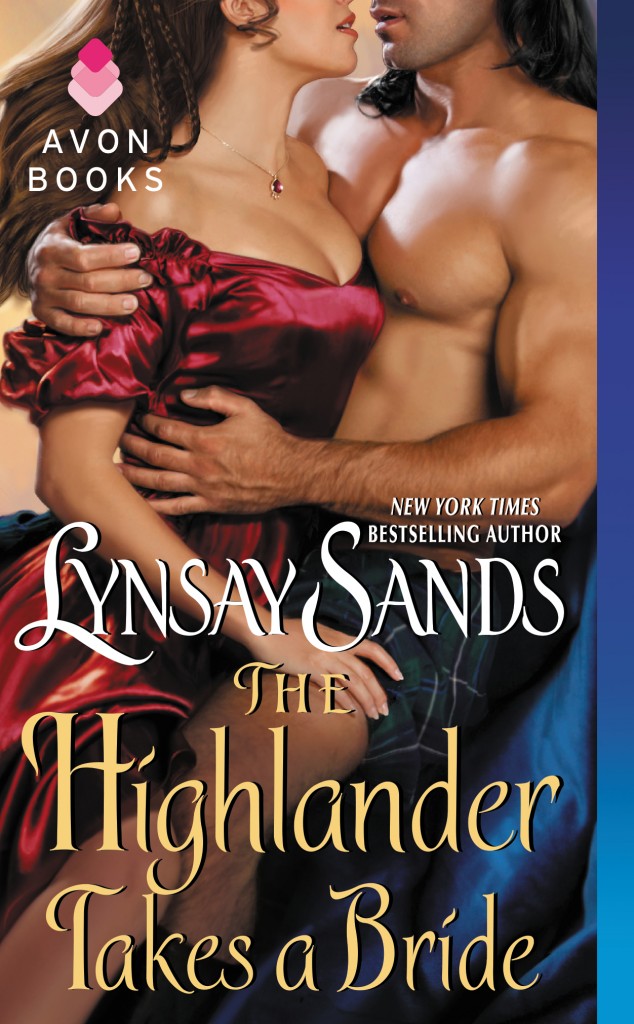 Sword fighting, swearing, and riding astride come naturally to Saidh Buchanan. Simpering and holding her tongue-definitely not. Raised alongside seven boisterous brothers, Saidh has little interest in saddling herself with a husband…until she glimpses the new Laird MacDonnell bathing naked in the loch. Though she’s far from a proper lady, the brawny Highlander makes Saidh feel every inch a woman.

She has an angel’s looks, a warrior’s temper, and seeks out his kisses with wanton eagerness. Little wonder that Greer is intrigued by his comely guest. When reckless desire overtakes them, he’s more than willing to make an honest woman of her. But Saidh is the target of a hidden enemy, and Greer faces the battle of his life…to safeguard the woman he wants above all others.

The woman was like a soft sweet kitten, nuzzling him like that, he thought as he started into the water. A kitten with claws was his next thought when the cold water reached her and she came awake with a squawk of dismay and began to fight for her release.

“’Tis a’right,” Greer soothed, continuing forward into the water. “We jest need to—” His words ended on a roar of pain as her nails dug into his neck and shoulder, and he instinctively loosened his hold, not thinking, just eager to escape the pain even if it meant dropping her in the water. But Saidh had no intention of going into the water, in fact that was what she was trying to escape and rather than drop like a stone, she stuck her feet into his leg and groin, dug her claws into his head and neck and tried to climb out of the water using him as the ladder.

Greer wrestled with her briefly, trying to disengage her and then simply threw himself forward so that they both went under. It didn’t exactly have the desired effect, for rather than release him and lunge for the surface, Saidh tried to climb on top of him, pushing him down in the water as she struggled upward. He ended up facedown at the bottom of the lake with her standing on his arse. Greer was about to force himself to his knees and upward, uncaring that it would knock her off and under the water’s surface again, when she was suddenly off his arse and he found himself being tugged upward by a hand tangled in his hair.

“What are ye trying to do? Drown yerself?” she bellowed, yanking his head out of the water.

Greer sputtered out the water he’d swallowed and pulled her hand from his hair as he found his feet and straightened in the chest-deep water. He then turned to glower at the woman. “Nay. Yer the one who was trying to do that.”

“Me?” she squawked with disbelief. “The last thing I remember I was curled up on dry land, and then I was suddenly plunged into ice cold water. I’m no’ the one trying to drown anyone. Ye were.”

LYNSAY SANDS is the nationally bestselling author of the Argeneau/Rogue Hunter vampire series, as well as numerous historicals and anthologies. She’s been writing stories since grade school and considers herself incredibly lucky to be able to make a career out of it. Her hope is that readers can get away from their everyday stress through her stories, and if there’s occasional uncontrollable fits of laughter, that’s just a big bonus. Please visit her on the web at www.lynsaysands.net.

One Response to “Excerpt Blog Tour & Giveaway: The Highlander Takes A Bride by Lynsay Sands”