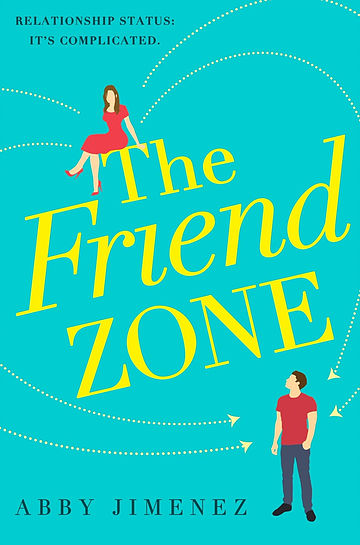 Kristen Petersen doesn’t do drama, will fight to the death for her friends, and has no room in her life for guys who just don’t get her. She’s also keeping a big secret: facing a medically necessary procedure that will make it impossible for her to have children.

Planning her best friend’s wedding is bittersweet for Kristen—especially when she meets the best man, Josh Copeland. He’s funny, sexy, never offended by her mile-wide streak of sarcasm, and always one chicken enchilada ahead of her hangry. Even her dog, Stuntman Mike, adores him. The only catch: Josh wants a big family someday. Kristen knows he’d be better off with someone else, but as their attraction grows, it’s harder and harder to keep him at arm’s length.

The Friend Zone will have you laughing one moment and grabbing for tissues the next as it tackles the realities of infertility and loss with wit, heart, and a lot of sass. 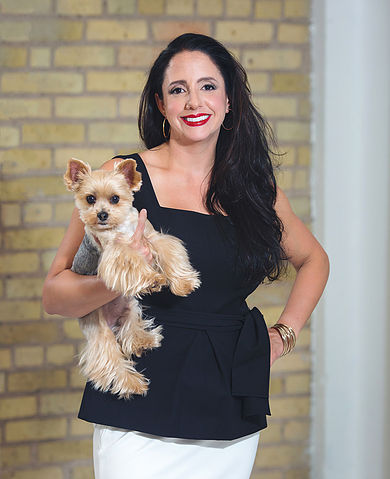 Abby Jimenez is a Food Network champion, motivational speaker, and contemporary romance novelist living in Minnesota. Abby founded Nadia Cakes out of her home kitchen back in 2007. The bakery has since gone on to win numerous Food Network competitions and has amassed an international cult following. Abby’s wry literary wit was spotlighted as the admin behind the hilarious viral comments on the now famous Nadia Cakes Vageode™ cake.

Abby loves a good romance, coffee, doglets, and not leaving the house. Her debut novel, The Friend Zone, is scheduled for release July 2019.

Review of The Friend Zone

Review (5 Stars):  The Friend Zone was one of those romances that had it all for me.  It was filled with laughter, tears and a beautiful story from beginning to end.  My heart broke for Kristen as she dealt with a medical issue that she felt prevented her from having someone as wonderful as Josh.  Josh was a great guy that was willing to do anything for Kristen, if she just gave him the chance.  This story was absolutely amazing and one of my favorite books this year.  You need to buy The Friend Zone today because this book will show that love always finds a way, even if the characters don’t believe they deserve it.  I love this story.