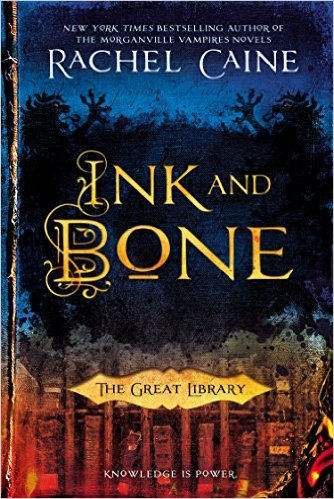 Ruthless and supremely powerful, the Great Library is now a presence in every major city, governing the flow of knowledge to the masses. Alchemy allows the Library to deliver the content of the greatest works of history instantly—but the personal ownership of books is expressly forbidden.

Jess Brightwell believes in the value of the Library, but the majority of his knowledge comes from illegal books obtained by his family, who are involved in the thriving black market. Jess has been sent to be his family’s spy, but his loyalties are tested in the final months of his training to enter the Library’s service.

When he inadvertently commits heresy by creating a device that could change the world, Jess discovers that those who control the Great Library believe that knowledge is more valuable than any human life—and soon both heretics and books will burn.… 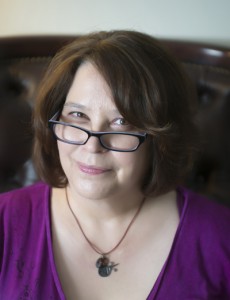 Rachel Caine is the New York Times bestselling author of more than 45 novels to date, and many short stories, including fantasy, urban fantasy, science fiction, young adult fiction, mystery, thriller, and horror. Her notable series include The Morganville Vampires, Weather Warden, Revivalist, Red Letter Days, and Outcast Season novels. She graduated from Socorro High School in El Paso, Texas, and earned a Bachelor of Business Administration degree from Texas Tech University in Lubbock, Texas. Her first short story was published in 1990, and her first novel in 1991.

After a long career in business (including working as an office manager, payroll manager, insurance investigator, web designer, graphic designer, and corporate communications executive) she began writing full time in 2009.

She and her husband, artist R. Cat Conrad, live and work in Fort Worth, Texas.

Review of Ink And Bone

Review (4 Stars): What an amazing story!  Rachel Caine has created a rich, dark and dangerous world where owning books is forbidden and the written word is heavily guarded by the powerful Great Library.  I fell in love with the concept of this story as well as the book’s hero, Jess Brightwell, who came from a family of book smugglers but was sent to enter the library’s service as a spy for his family. The trials that he went through during his education had me on the edge of my seat and nothing is what it seems in this secret world of knowledge and power.  This is the first book in a new series from Ms. Caine and I can’t wait to read the next installment because I’m officially hooked on this dark, new world.