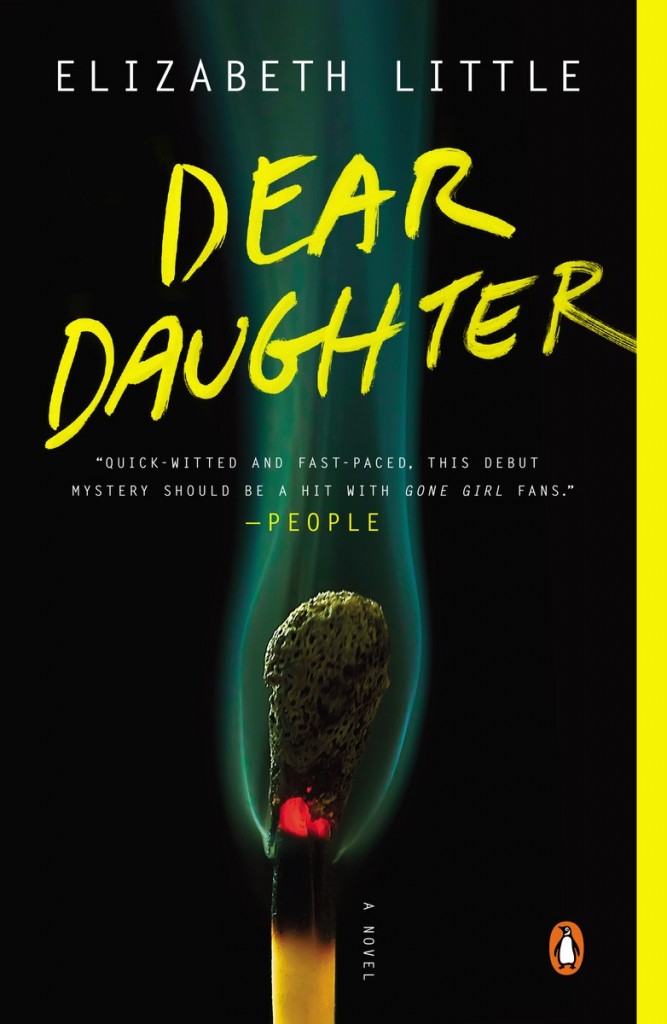 Ten years ago, Janie Jenkins, a sly and stunning celebutante at the height of her fame, was convicted of murdering her mother, even though she has no memory of that fateful night. Now, released on a technicality into a world utterly convinced of her guilt, Janie chops off her trademark hair and goes undercover. She follows her one lead to a small town in South Dakota, where she hopes she will find the truth about what really happened—even if that means confirming once and for all that she really is a killer.

With the help of some new friends (and the town’s wary police chief), Janie follows a series of clues and pieces together the surprising picture of her mother’s past that forces her to consider the possibility that her mother wasn’t the perfect society philanthropist everyone believed her to be. On the run from the press, the police, and maybe even a murderer, Janie must choose between the anonymity she craves, and the truth she so desperately needs.
As Elizabeth Little guides us through the events leading up to the novel’s shocking conclusion, we can’t help but root for the complex, deeply layered Janie, even as we join her in questioning her own innocence. A gripping, electrifying debut novel with an ingenious and like-it-or-not sexy protagonist, DEAR DAUGHTER follows every twist and turn as Janie unravels the mystery of what happened the night her mother died—whatever the cost.

“Compelling. . . This novel’s engrossing suspense comes from its unreliable (and not especially likable) narrator who pursues answers with relentless fervor, regardless of the painful truths she
turns up about herself. . . Excellent.” —Oprah.com

“When former It Girl Janie Jenkins is released from prison, she embarks on a mission to discover if it was really she who murdered her mother. The debut novel’s twists will easily hook you, but it’s the narrator’s dark wit and sharp observations that make this a truly fun read.” —Entertainment Weekly

“Little keeps you guessing until the end—and then closes her book
with a final, twisted flourish.”—The Boston Globe

“Do you want a mystery novel that you can stay up all night reading and then take to the beach to finish it off the next day? Elizabeth Little’s DEAR DAUGHTER is pretty much all you need: the tale of a former high society girl who gets out of prison and goes on a mission to find out who really
killed her mother.” —Flavorwire (Must-Read Books for August 2014)

Elizabeth Little is the author of the nonfiction books Biting the Wax Tadpole: Confessions of a Language Fanatic and Trip of the Tongue: Cross-Country Travels in Search of America’s Languages.Her work has appeared in the New York Times and the Wall Street Journal, and she has been a guest on NPR’s All Things Considered, The World, and Here and Now.A graduate of Harvard University, she grew up in St. Louis and now lives in Los Angeles with her family.You can follow Elizabeth on twitter @ElizabethLittle.