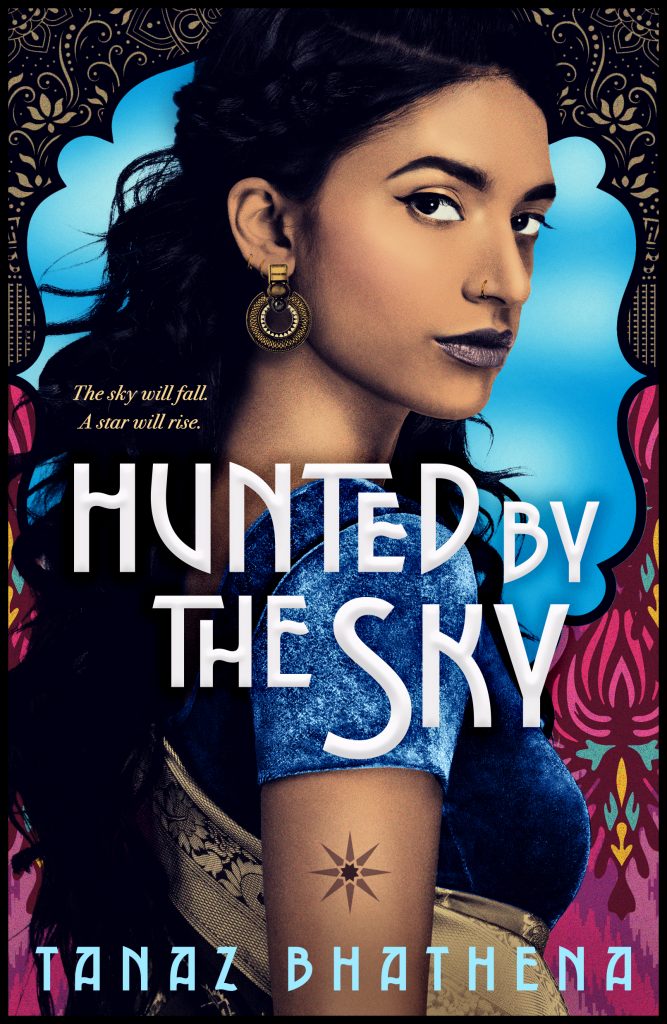 Gul has spent her life running. She has a star-shaped birthmark on her arm, and in the kingdom of Ambar, girls with such birthmarks have been disappearing for years. Gul’s mark is what caused her parents’ murder at the hand of King Lohar’s ruthless soldiers and forced her into hiding to protect her own life. So when a group of rebel women called the Sisters of the Golden Lotus rescue her, take her in, and train her in warrior magic, Gul wants only one thing: revenge.

Cavas lives in the tenements, and he’s just about ready to sign his life over to the king’s army. His father is terminally ill, and Cavas will do anything to save him. But sparks fly when he meets a mysterious girl—Gul—in the capital’s bazaar, and as the chemistry between them undeniably grows, he becomes entangled in a mission of vengeance—and discovers a magic he never expected to find.

Dangerous circumstances have brought Gul and Cavas together at the king’s domain in Ambar Fort . . . a world with secrets deadlier than their own. Exploring identity, class struggles, and high-stakes romance, Hunted by the Sky is a gripping adventure set in a world inspired by medieval India.

Tanaz Bhathena writes books for young adults. Her sophomore novel, The Beauty of the Moment, won the Nautilus Gold Award for Young Adult Fiction and has also been nominated for the Ontario Library Association’s White Pine Award. Her acclaimed debut, A Girl Like That, was named a Best Book of the Year by numerous outlets including The Globe and Mail, Seventeen, and The Times of India. Her latest book, Hunted by the Sky, (releasing June 23 2020) is the first of a YA fantasy duology set in a world inspired by medieval India. Her short stories have appeared in various publications including The Hindu, Blackbird, Witness, and Room.

Born in India and raised in Saudi Arabia and Canada, Tanaz lives in Mississauga, Ontario, with her family.

Review of Hunted By The Sky

Review (4.5 Stars): Hunted By The Sky was a beautifully written epic adventure that will leave you spellbound.  Gul was an amazing character that is pushed into the limelight because of her birthmark and a prophecy that she will be the warrior that everyone has been waiting for.  I was so impressed by her ability to survive after everything that happened and I was rooting for her the entire time.  Such a great story that will have you on the edge of your seat and I want more from this talented author.