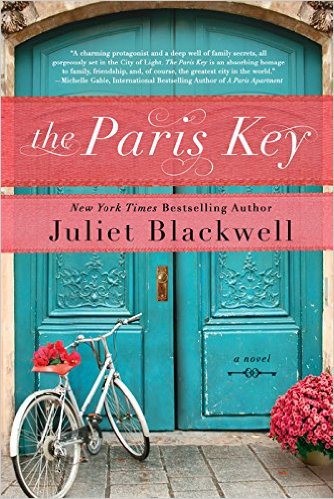 An American in Paris navigates her family’s secret past and unlocks her own future, in this emotionally evocative novel by New York Times bestselling author Juliet Blackwell.

As a girl, Genevieve Martin spent the happiest summer of her life in Paris, learning the delicate art of locksmithing at her uncle’s side. But since then, living back in the States, she has become more private, more subdued. She has been an observer of life rather than an active participant, holding herself back from those around her, including her soon-to-be-ex-husband.

Paris never really left Genevieve, and, as her marriage crumbles, she finds herself faced with an incredible opportunity: return to the magical city of her youth to take over her late uncle’s shop. But as she absorbs all that Parisian culture has to offer, she realizes the city also holds secrets about her family that could change her forever, and that locked doors can protect you or imprison you, depending on which side of them you stand. 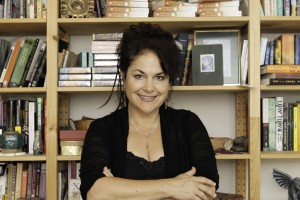 Juliet Blackwell is the New York Times bestselling author of The Paris Key. She the also writes the Witchcraft Mystery series and the Haunted Home Renovation series. As Hailey Lind, Blackwell wrote the Agatha-nominated Art Lover’s Mystery series. A former anthropologist, social worker, and professional artist, Juliet is a California native who has spent time in Mexico, Spain, Cuba, Italy, the Philippines, and France.

Review of The Paris Key

Review (4 Stars): The Paris Key was an emotional journey of self-discovery that kept me at the edge of my seat as Genevieve dealt with the secrets of her family’s past.  This is quite a different book than Ms. Blackwell’s mysteries but she created such an amazing tale in The Paris Key that you will definitely enjoy.  I liked Genevieve from the beginning as she came to terms with the loss of her marriage and her beloved uncle, David.  She decided to leave everything behind and head to Paris to run her uncle’s locksmith business and pick up the pieces of her life.  Being in Paris brought her the peace she was looking for but also brought several unanswered questions for Genevieve about her mother and her family.  As she learned the secrets of their past, she in turn found the parts of herself that she had always looking for. This book was enjoyable filled with mystery, vivid descriptions of Paris and a touch of romance.  Such a talented author and I can’t wait to read what is next from her.

One Response to “Blog Tour & Spotlight: The Paris Key by Juliet Blackwell”