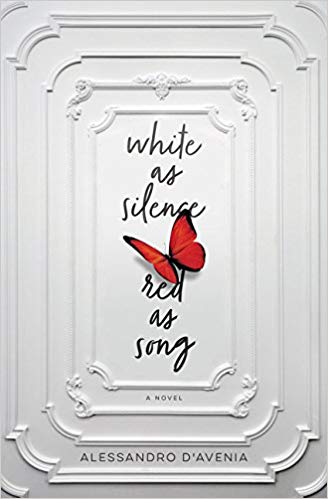 I was born on the first day of school, and I grew up and old in just two hundred days . . .”

Sixteen-year-old Leo has a way with words, but he doesn’t know it yet. He spends his time texting, polishing soccer maneuvers, and killing time with Niko and Silvia. Until a new teacher arrives and challenges him to give voice to his dreams.

And so Leo is inspired to win over the red-haired beauty, Beatrice. She doesn’t know Leo exists, but he’s convinced that his dream to win her over will come true. When Leo lands in the hospital and learns that Beatrice has been admitted too, his mission to be there for her will send him on a thrilling but heartbreaking journey. He wants to help her but doesn’t know how—and his dream of love will force him to grow up fast.

Having already sold over a million copies in Italy, Alessandro D’Avenia’s debut novel is considered the Italian The Fault in Our Stars. Now available in English for the first time, this rich, funny, and heartwarming coming-of-age tale asks us to explore the meaning—and the cost—of friendship, and shows us what happens when suffering bursts into the world of teenagers and renders the world of adults speechless. 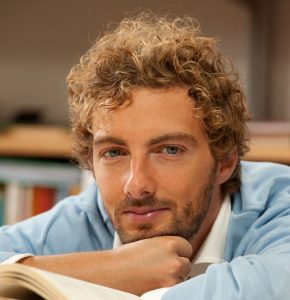 Alessandro D’Avenia holds a PhD in Classical Literature, and teaches Ancient Greek, Latin and Literature at a high school in Milan. White as Silence, Red as Song was his first novel,published in Italy in 2010. It sold a million copies in Italy, has been translated into over twenty languages and was released as a film in 2012. Alessandro has since published four more books, the latest of which, Every Story is a Love Story, was published in October 2017.

Review of White As Silence, Red As Song

Review (3.5 Stars):  This was a very interesting book for me.  Leo was a character that I had a difficult time connecting to but I still liked the main message of the story.  Leo is in love with Beatrice, who he has never really gotten to know until he learns that she has Leukemia.  For Leo, all emotions can be linked to a color and his feelings for Beatrice are the beautiful color of red.  When he lands in the hospital at the same time as Beatrice, Leo finally learns more about her and this will lead him on a heart-breaking journey that will change how he views the world.  This book has been compared to The Fault of Stars and I liked the premise of the story but it may have been the translation from Italian that really prevented me from loving this story.