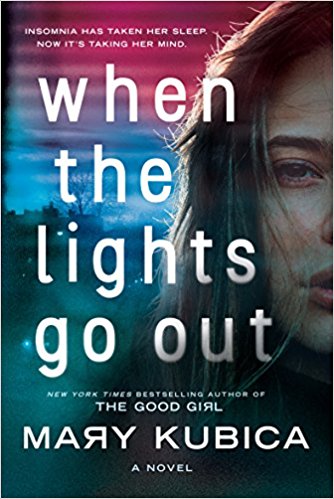 A woman is forced to question her own identity in this riveting and emotionally charged thriller by the blockbuster bestselling author of The Good Girl, Mary Kubica

Jessie Sloane is on the path to rebuilding her life after years of caring for her ailing mother. She rents a new apartment and applies for college. But when the college informs her that her social security number has raised a red flag, Jessie discovers a shocking detail that causes her to doubt everything she’s ever known.

Finding herself suddenly at the center of a bizarre mystery, Jessie tumbles down a rabbit hole, which is only exacerbated by grief and a relentless lack of sleep. As days pass and the insomnia worsens, it plays with Jessie’s mind. Her judgment is blurred, her thoughts are hampered by fatigue. Jessie begins to see things until she can no longer tell the difference between what’s real and what she’s only imagined.

Meanwhile, twenty years earlier and two hundred and fifty miles away, another woman’s split-second decision may hold the key to Jessie’s secret past. Has Jessie’s whole life been a lie or have her delusions gotten the best of her?

“Kubica brilliantly unravels the lives of two women in this tense and haunting tale of identity and deceit. WHEN THE LIGHTS GO OUT will keep you questioning everything-and everyone-until the riveting conclusion. A twisty, captivating, edge-of-your-seat read.” –Megan Miranda, New York Times bestselling author of ALL THE MISSING GIRLS 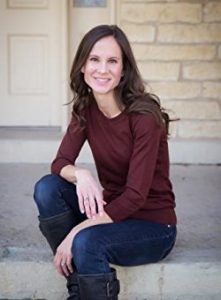 Mary Kubica is the New York Times and USA Today bestselling author of THE GOOD GIRL and PRETTY BABY.  She holds a Bachelor of Arts degree from Miami University in Oxford, Ohio, in History and American Literature. She lives outside of Chicago with her husband and two children and enjoys photography, gardening and caring for the animals at a local shelter.

Review of When The Lights Go Out

Review (4 Stars):  When The Lights Go Out was a chilling mystery that will keep you guessing about who Jessie Sloane truly is.  Jessie just lost her mother to cancer and finds herself alone for the first time in her life.  Determined to go to college, Jessie’s college application leaves her with more questions when the admission office tells her that her social security number belongs to a dead woman.  This leads Jessie on the hunt for answers while battling a horrible case of insomnia that will leave Jessie questioning everything, including her own sanity.

This mystery will grab you from the very first page and won’t let up until its conclusion.  Jessie was a likeable character that is dealing with her mother’s passing and being on her own for the first time in her life.  By making her way in the world and trying to go to college, Jessie begins to question everything that she has ever known including her own identity.  This story will haunt you and I couldn’t get enough of Ms.Kubica’s writing style.  Looking forward to reading more entertaining mysteries from her in the future.

One Response to “Blog Tour & Review: When the Lights Go Out by Mary Kubica”