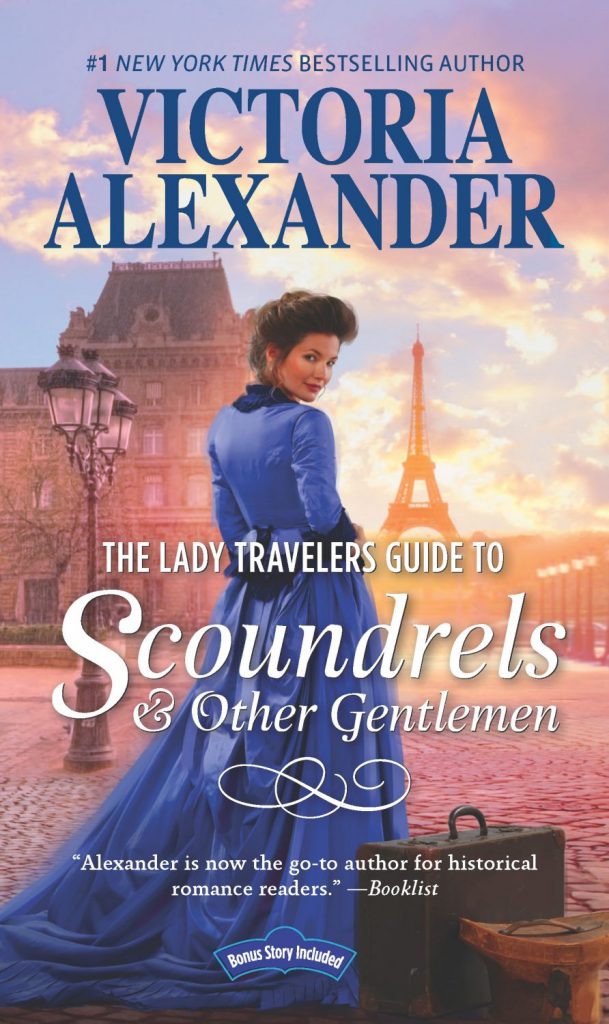 Really, it’s too much to expect any normal man to behave like a staid accountant in order to inherit the fortune he deserves to support the lifestyle of an earl. So when Derek Saunders’s favorite elderly aunt and her ill-conceived—and possibly fraudulent—Lady Travelers Society loses one of their members, what’s a man to do but step up to the challenge? Now he’s escorting the world’s most maddening woman to the world’s most romantic city to find her missing relative.
While India Prendergast only suspects his organization defrauds gullible travelers, she’s certain a man with as scandalous a reputation as Derek Saunders cannot be trusted any farther than the distance around his very broad shoulders. As she struggles not to be distracted by his wicked smile and the allure of Paris, instead of finding a lost lady traveler, India just may lose her head, her luggage and her heart.
Amazon/B&N
About the Author 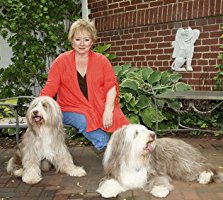 New York Times bestselling author Victoria Alexander was an award winning television reporter until she discovered fiction was much more fun than real life. She turned to writing full time and is still shocked it worked out.
Since the publication of her first book in 1995, she has written thirty-one full length novels and six novellas.
Website/Twitter/Facebook
REVIEW
Review (4.5 Stars):  This was such a charming and hilarious romance!!!  The two main characters were so great together even though they butted heads over everything during the course of this book.  India Prendergast was a straight-laced heroine who wasn’t going to let anything get in the way of her finding her Aunt Heloise, who she believed was lead astray by the Lady Travelers Society.  She believed that Derek Saunders was behind her aunt’s disappearance and when she went on the journey with him to locate her whereabouts she never planned on falling in love.
I enjoyed the time I spent with this lovely romance and Ms. Alexander has an amazing way of bringing these historical romances to life.  Can’t wait to read what she puts out next and see who will get their happy ending as well.

One Response to “Blog Tour & Review: The Lady Travelers Guide to Scoundrels & Other Gentlemen”