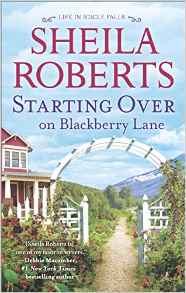 Stefanie Stahl has a husband with renovation ADD. He can’t seem to finish anything he starts and her house is littered with his “projects.” If he doesn’t smarten up, she swears she’s going to murder him and bury him under the pile of scrounged lumber in the backyard.

Her friend Griffin James is suddenly single and thinking maybe she needs to sell her fixer-upper and follow her career bliss up the ladder of success, even if that scary ladder is clear across the country. Getting her place ready to sell proves harder than she originally thought. She needs help.

She’s not the only one. Cass Wilkes, their neighbor, has an empty nest—with a leaking roof. When her ceiling crashes in, she knows it’s time to do something. When Grant Masters offers his handyman services at a fund-raiser auction, the three women go in together to outbid the competition and win their man. (Cass’s friends think she should win Grant in a different way, too!) Now it’s time to make some improvements…in their houses and their lives. 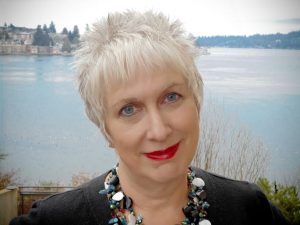 Bestselling author Sheila Roberts has seen her books translated into over a dozen languages. Her novels ON STRIKE FOR CHRISTMAS and THE NINE LIVES OF CHRISTMAS were made into movies for the Lifetime and Hallmark channels. When she’s not hanging out with her girlfriends or dancing with her husband she can be found writing about those things near and dear to women’s hearts: family, friends, and chocolate.

Review of Starting Over on Blackberry Lane

Review (5 Stars):  Starting Over on Blackberry Lane was a charming romance about three lovely women that are searching for a handyman to fix up their homes but find that this one opportunity provides them with a second chance on life and love.

Cass Wilkes wanted someone to fix her leaky roof and Grant Masters was exactly what she needed.  Grant was still dealing with the loss of his wife and even though he was attracted to Cass, he never planned on dating someone that was much younger than himself.  I loved the two of them together and these two were destined to be with each other.  I also loved that Grant tried to fight his attraction by dating women his own age at the beginning of this story, which provided some very interesting first dates for this character since he could be George Clooney’s twin brother.

Griffin James was my favorite character in this story because she desperately needed a fresh start.  She had just called off her engagement and needed to sell her home so she could move to New York to be a professional food photographer.  She was so charming and sweet and I was hoping that she would find true love in Icicle Falls as many of her friends did.

Stefanie Stahl was the third member of this group of friends who had a husband that could never finish any project that he started.  When she hired Grant to help her husband, her husband became moody and distant, blaming her for every little thing that was wrong.  I was hoping that everything would work out for them in the end because I knew Stefanie was ready to kill him after the mess that he left in their living room.

This romance was absolutely delightful with a cast of characters that you would love to spend an afternoon with.  Ms. Roberts’ books are always a joy to read and I always look forward to each new book in her Icicle Falls series.  I can’t wait to see what is next for these characters and this lovely community.

2 Responses to “Blog Tour & Review: Starting Over on Blackberry Lane by Sheila Roberts”