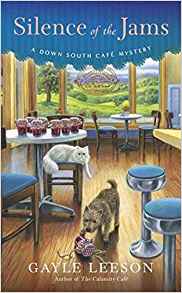 It’s Independence Day in Winter Garden, Virginia, and the residents are gearing up for their annual celebration. The Down South Café is open and flourishing, and Amy Flowers is busy making pies and cakes for the holiday. The only thorn in her side is Chamber of Commerce director George Lincoln, who is trying to buy the café so he can tear it down and build a B&B on the site.

When George collapses while eating at the Down South, everybody assumes it’s a heart attack—until the autopsy declares it to be poisoning. Now, it’s up to Amy to prove her innocence before her liberty is lost. 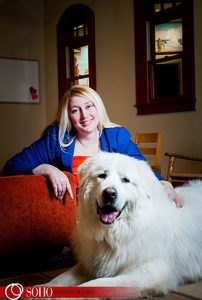 The cake decorating series features a heroine who is starting her life over in Southwest Virginia after a nasty divorce. The heroine, Daphne, has returned to her hometown of Brea Ridge to open a cake baking and decorating business and is wrestling with the question of whether or not one can go home again. She enjoys spending time with her sister, nephew, and niece, but she and her mother have a complicated relationship that isn’t always pleasant. Daphne has also reconnected with her high school sweetheart and is pursuing a rekindled romance while desperately trying to put her past behind her.

Kerry Vincent, Hall of Fame Sugar Artist, Oklahoma State Sugar Art Show Director, and Television Personality says the series is “a must read for cake bakers and anyone who has ever spent creative time in the kitchen!”

Says Dean Koontz, #1 New York Times bestselling author, “One day I found myself happily reading . . . mysteries by Gayle Trent. If she can win me over . . . she’s got a great future.”

The Embroidery Mystery series features a heroine who recently moved to the Oregon coast to open an embroidery specialty shop. Marcy Singer left her home in San Francisco, along with the humiliation of being left at the altar, in order to move to Tallulah Falls and realize her dream of owning her own shop. She takes along her faithful companion, a one-year-old Irish wolfhound named Angus O’Ruff. She makes many new friends in Tallulah Falls, but she also makes a few enemies. Thankfully, her best friend Sadie MacKenzie and her husband Blake run the coffeehouse right down the street from Marcy’s shop, the Seven-Year Stitch; and Detective Ted Nash always has her back.

Publishers Weekly says, “Fans of the genre will take kindly to Marcy, her Irish wolfhound, Angus O’Ruff, and Tallulah Falls. This is a fast, pleasant read with prose full of pop culture references and, of course, sharp needlework puns.”

Pat Cooper of RT Book Reviews says, “If her debut here is any indication, Lee’s new series is going to be fun, spunky and educational. She smoothly interweaves plot with her character’s personality and charm, while dropping tantalizing hints of stitching projects and their history. Marcy Singer is young, fun, sharp and likable. Readers will be looking forward to her future adventures.” (RT Book Reviews nominated The Quick and the Thread for a 2010 Book Reviewers’ Choice Award in the Amateur Sleuth category)

I live in Virginia with my family, which includes her own “Angus” who is not an Irish wolfhound but a Great Pyrenees who provides plenty of inspiration for the character of Mr. O’Ruff. I’m having a blast writing this new series!

Review of Silence of the Jams

Review (4.5 Stars): Silence of the Jams was a smart mystery with a delightful heroine and scrumptious recipes that are sure to please cozy readers.  Amy’s new restaurant is finally open and doing well in the community of Winter Garden.  As the residents prepare for the Independence Day Celebration, Amy finds herself involved in another murder mystery when the director of the Chamber of Commerce drops dead in the middle of her restaurant.  To make matters worse, the police discover that he was poisoned while eating some of Amy’s food.  Now, Amy must find a killer before the town believes that she is guilty and her successful restaurant gets shut down for good.

Amy was such a great character and you can’t help but love her in this mystery series.  I felt horrible for her that a second body was found in the restaurant and I was afraid that people would think that she was bad luck if she didn’t find the killer quickly.  This mystery was very well-written and fun and I liked learning more about her family over the course of this book as well.  This mystery series has quickly become one of my favorites and I can’t wait to see what will happen next for Amy and her restaurant in the next installment of the series.