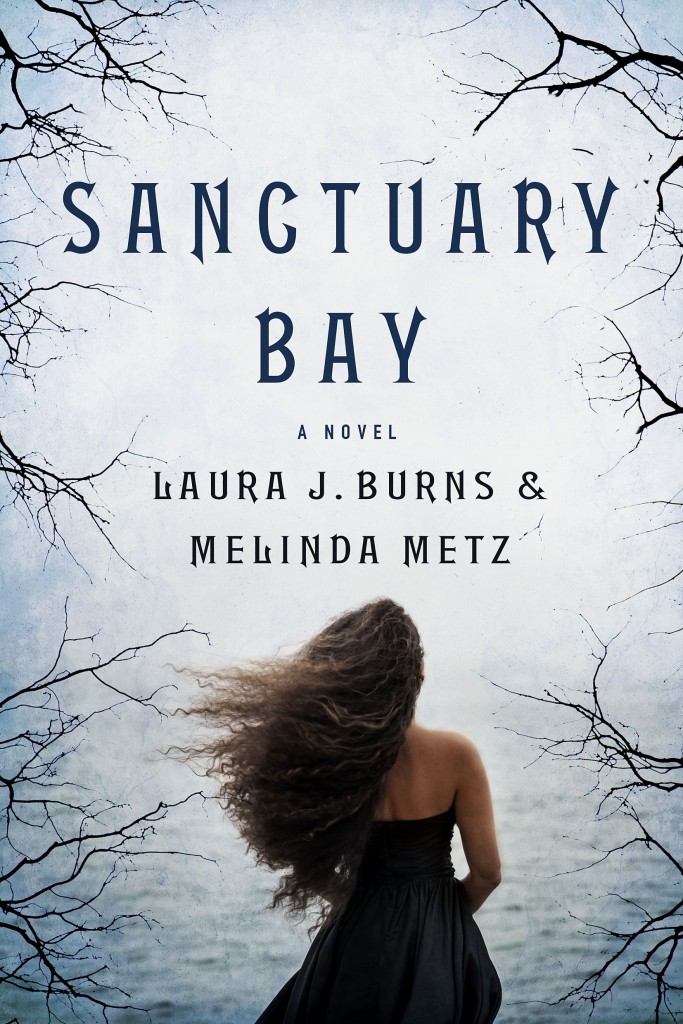 When Sarah Merson receives the opportunity of a lifetime to attend the most elite prep school in the country—Sanctuary Bay Academy—it seems almost too good to be true. But, after years of bouncing from foster home to foster home and struggling with the memory of her parent’s murder, escaping to the school’s tranquil setting, nestled deep in Swans Island, couldn’t sound more appealing. Swiftly thrown into a world of privilege and secrets, Sarah quickly realizes finding herself noticed by class charmer, Nate, as well as her roommate’s dangerously attentive boyfriend, Ethan, are the least of her worries. When her roommate suddenly goes missing, she finds herself in a race against time, not only to find her, but to save herself and discover the dark truth behind Sanctuary Bay’s glossy reputation.

Daddy pressed his ﬁnger to his lips, shushing Sarah quiet as he slid the door to the tunnel back on. She wrapped her arms tightly around her knees and pressed her cheek against her arm, trying to pretend she was back in her own room. But it didn’t smell like her room. Even the spicy smell of Daddy’s cologne had faded now that the tunnel was closed. And grayness was all around her. She was almost four, and that was too old to be scared of the dark. But it wasn’t all dark. It was just gray dark.
She tried not to think of monsters crawling toward her. Daddy said there were no monsters. But monsters liked tunnels. They liked little girls.
Sometimes when she was scared she liked to sing the Maggie song. But that was against the rules. She had to be quiet. She had to be still. She had to wait until Daddy or Mommy opened the door and got her.
Thinking about the rules helped. She could almost hear Daddy saying them, as if he was hiding in the tunnel with her. Even though he was way too big. If something bad happens, wait until the room is safe. If you leave the tunnel, put the funny slit- ted door back on. Run fast. Find a lady with kids. Tell her your name is Sarah Merson. Merson.Merson.Merson.Merson. Ask for help.
Her nose started twitching, itching from the thick air. Mak- ing her want to sneeze. But she had to be quiet.
Then she heard Mommy screaming. Mommy never screamed. Were the monsters out there and not in the tunnel?
On hands and knees she started creeping toward the slits of light, heart pounding.
“Kt85L is our property,” a man said. “You had no right!”
Out there.Mommy on her knees facing the hotel room wall. Someone’s legs. A hand reaching down. A silver bird staredat Sarah from a ring on the ﬁnger. Stared with a horrible little black eye. The ﬁnger pulled the trigger of a gun.
A bang.Her ears ﬁlling with bees.Mommy collapsing on the ﬂoor. Red spilling out.
Sarah shoved her ﬁngers into her mouth. Quiet. The rule was be quiet.
Shouting. Daddy’s legs running by, out of the room. The bird man chasing. The door banging closed.
Something bad happening.
The room was safe. The bird man was gone. So she had to get out. Mommy was on the ﬂoor. Daddy was gone.
She shoved the door and it fell out onto the ﬂoor. Near Mommy.Near the red. But the rule was to put the funny door back on. She picked it up and shoved it over the tunnel like Daddy had shown her.
Sarah didn’t want to look at Mommy. She looked out the window instead. The window was always open and there was never a screen. Daddy’s voice came from the hallway, yelling. Screaming.
Another bang.
Sarah pressing her hands over her eyes. Not looking. Not look- ing. Something bad happening.
Daddy was quiet now. Something bad. She had to run fast.
Sarah climbed on the chair under the window. The chair al- ways went under the window. She stuck her legs through the window and jumped down. Now run fast.
She ran fast, looking for a lady with a stroller or a kid her age. A mommy would help her. She would say she was Sarah Merson.
Sarah Merson, and something bad happened.

Laura J. Burns and Melinda Metz have written many books for teens and middle-grade readers, including the Edgar-nominated mystery series Wright and Wong and the YA novels Crave and Sacrifice. They have also written for the TV shows Roswell, 1-800-Missing, and The Dead Zone. Laura lives in New York and Melinda lives in North Carolina, but really they mostly live on email, where they do most of their work together.

Review (3.75 Stars):  Sanctuary Bay was an enjoyable read with lots of plot twists and turns that kept me guessing.  Sarah Merson was brought to Sanctuary Bay Academy on a private scholarship that she had no idea that she applied for.  Sanctuary Bay Academy was an elite school for the privileged and for Sarah, this was a dream come true.  I liked Sarah from the beginning because she had been through so much and this school could provide Sarah with a great future that she wouldn’t have gotten otherwise.  But not everything is what it appears and Sarah finds herself in a race against time to find the truth beneath the surface to save a friend.

Sanctuary Bay was an interesting and complex book that had me desperately trying to figure out the pieces of the puzzle behind this elite academy.  I think Sarah was a great heroine and you instantly connected with her.  She was strong, smart, and just wanted to fit in with the other students.  There were so many secrets and lies at Sanctuary Bay and I liked how the authors set this up for a possible sequel.  Can’t wait to see what these authors come up with next.