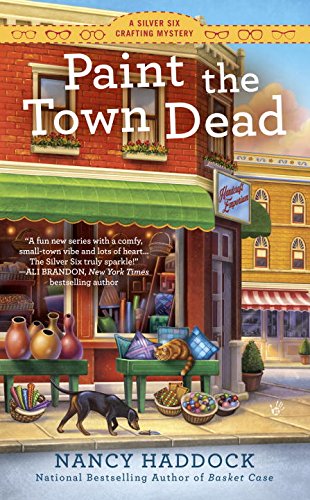 Leslee Stanton Nix—aka “Nixy”—thought moving to small-town Lilyvale, Arkansas, would be about as thrilling as watching paint dry. But keeping up with her retired Aunt Sherry and her troublemaking housemates—collectively known as the Silver Six—has proven to be as exciting as it is exasperating.

To kick off the grand opening of their craft shop, the Handcraft Emporium, Nixy and the Silver Six invite Doralee Gordon to teach a gourd painting class. Doralee’s spirit gets squashed when her ex crashes the class with his new fiancée, but things really get messy when the bride-to-be later turns up dead. Now it’s up to Nixy and the Silver Six to use their melons to find the killer—before someone else gets painted out of the picture… 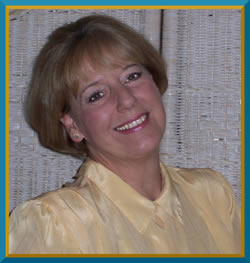 Nancy Haddock is an award-winning and national bestselling author of mystery romance who now writes cozy mystery. Paint the Town Dead, the second book in the Silver Six Crafting mysteries, will be released in Sept. 2016 with Berkley Prime Crime.

Her earlier books, also with Berkley, are La Vida Vampire, Last Vampire Standing, and Always The Vampire. These books feature Cesca, aka Gidget with fangs, and are set in Haddock’s current hometown, St. Augustine, FL. She also contributed the St. Augustine-set short story “Medium Rare” to both the paranormal romance anthology Entangled and the boxed set Entranced.

Nancy draws on historic wealth, southern culture, and the plain old quirkiness of places for her books. A former speech pathologist and high school teacher in Oklahoma and Texas, Nancy now writes full-time. She lives with her husband and rescue dog Baron.

Review of Paint the Town Dead

Review (4 Stars):  Paint the Town Dead is a charming mystery that will surely delight readers.  Nixy and her Aunt Sherry are putting the finishing touches on their new craft shop when tragedy strikes.  Now, Nixy must find a killer before all their dreams of a new business go up in smoke.

I absolutely love this series!!  The heroine is very likeable and the secondary characters are so entertaining.  This mystery was well-written and I loved that I had a hard time figuring out the killer.  This is the second book in this mystery series and I can’t wait to see what adventures Nixy finds herself in next.

One Response to “Blog Tour & Review: Paint the Town Dead by Nancy Haddock”