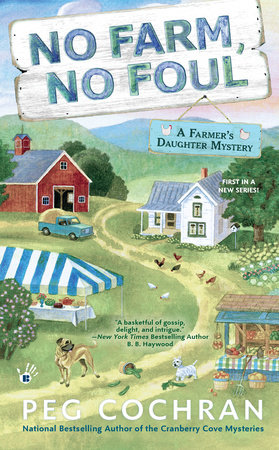 On her blog, The Farmer’s Daughter, Shelby McDonald is growing her audience as she posts recipes, gardening tips, and her experiences raising two kids and running Love Blossom Farm in the small western Michigan town of Lovett.

Working the farm is demanding but peaceful—until that peace is shattered when the minister’s wife is murdered on Shelby’s property during a fund-raiser for a local church. But the manure really hits the fan when Shelby’s good friend veterinarian Kelly Thacker emerges as the prime suspect. Shelby decides to dig in and find the murderer by herself. As more suspects crop up, she’ll have to move fast—before someone else buys the farm. . . . 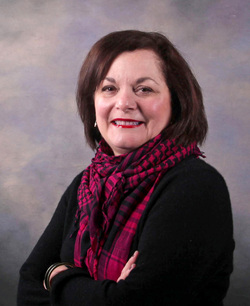 Review of No Farm, No Foul
Review (4.5 Stars):  Peg Cochran is one of my favorite mystery writers right now and No Farm, No Foul is absolutely delightful.   Shelby McDonald is a fun, engaging character and I instantly connected with her in the story.  The mystery is well-written and charming and such a great start for a brand new series.  I love culinary mysteries and this series already is a winner for me.   Can’t wait to see what happens next for Shelby and the gang in the next installment.
Comments are closed.