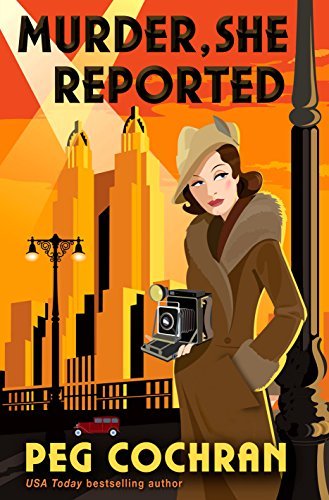 Manhattan, 1938. Tired of being trapped in the gilded cage of her family’s expectations, Elizabeth Adams has done what no self-respecting socialite would think to do: She’s gotten herself a job. Although Elizabeth’s dream is to one day see her photographs on the front page of the Daily Trumpet, for now she’s working her way up as the newsroom’s gal Friday.

But fetching coffee isn’t exactly her idea of fun. So when veteran reporter Ralph Kaminsky needs a photographer to fill in for a last-minute assignment, Elizabeth jumps at the chance. At the Waldorf Hotel, Elizabeth is tasked with tracking down the season’s “It girl,” Gloria DeWitt, who will be making her society debut. Working her own connections to New York’s upper crust, Elizabeth manages to land an exclusive interview with Gloria.

Then Gloria’s stepmother is shot dead in a Waldorf bathroom, placing Elizabeth at the scene of a headline-worthy scandal: “Murder of a Society Dame.” Now Elizabeth will have to get the scoop on the killer before her good name gets dragged through the gossip columns—or worse. 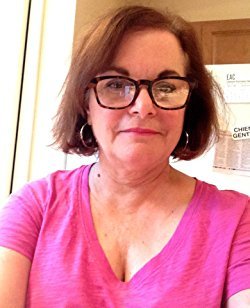 Mystery writing lets Peg indulge her curiosity under the guise of “work” (aka research). As a kid, she read the entire set of children’s encyclopedias her parents gave her and has been known to read the dictionary. She put pen to paper at age seven when she wrote plays and forced her cousins to perform them at Christmas dinner. She switched to mysteries when she discovered the perfect hiding place for a body down the street from her house.

When she’s not writing, she spends her time reading, cooking, spoiling her granddaughter and checking her books’ stats on Amazon.

A former Jersey girl, Peg now resides in Michigan with her husband and Westhighland white terrier, Reg. She is the author of the Sweet Nothings Lingerie series

and the Farmer’s Daughter ser

Review of Murder, She Reported

Review (4 Stars):  Murder, She Reported was a charming and entertaining historical mystery with a delightful cast of characters. I love mysteries set in the 30’s and 40’s so this was absolutely perfect for me.  Elizabeth comes from a rich family but wants to make her own way in the world as a photographer and takes a job at the Daily Trumpet.  She gets a chance of a lifetime when a reporter needs a last minute photographer to cover Gloria DeWitt’s social debut at the Waldorf Hotel.  When Gloria’s stepmother is found dead with Elizabeth near the body, Elizabeth must now find a killer before her good name becomes the next story in the Daily Trumpet.

I really enjoyed this story because it was light-hearted and fun following Elizabeth’s journey to becoming a photographer for the Daily Trumpet.  Elizabeth was a great heroine and you could see that she was going to do whatever it takes to realize her dream.  I’m looking forward to reading more about Elizabeth in future installments and if you love historical mysteries, you definitely need to pick up Murder, She Reported.