What I know: a boy in my class will one day wipe out two-thirds of the population with a virus.
What I don’t know: who he is.
In a race against the clock, I not only have to figure out his identity, but I’ll have to outwit a voice from the future telling me to kill him. Because I’m starting to realize no one is telling the truth. But how can I play chess with someone who already knows the outcome of my every move? Someone so filled with malice they’ve lost all hope in humanity? Well, I’ll just have to find a way—because now they’ve drawn a target on the only boy I’ve ever loved….

I made a decision. I took an action. And the future will be forever changed because of it.

When you grow up, you’ll see that the line between good and evil isn’t so clear. 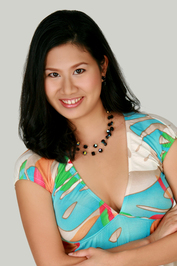 Pintip Dunn is a New York Times bestselling author of young adult fiction. She graduated from Harvard University, magna cum laude, with an A.B., and received her J.D. at Yale Law School.
Her novel FORGET TOMORROW won the 2016 RWA RITA® for Best First Book, and SEIZE TODAY won the 2018 RITA for Best Young Adult Romance. Her books have been translated into four languages, and they have been nominated for the following awards: the Grand Prix del’Imaginaire; the Japanese Sakura Medal; the MASL Truman Award; the TomeSociety It list; and the Romantic Times Reviewers’ Choice Award.
Her other titles include REMEMBER YESTERDAY, THE DARKEST LIE, GIRL ON THE VERGE, STAR-CROSSED, and MALICE.
She lives with her husband and children in Maryland.

Review (5 Stars):  OMG, what a wild ride!  This book was everything.  It had adventure, romance and time-travel, which I thought was super cool.  Alice was just a typical teenager when she started getting messages from her older self saying that a virus was going to wipe out most of the country and someone in her high school started it.  Now, she is racing against the clock to find out who it is before it is too late.

This was such a great book and I got utterly lost in this story.  Alice had to piece together the clues to the identity of the virus maker and change the events that affect her future.  This book will keep you on the edge of your seat and I couldn’t get enough of this amazing story.