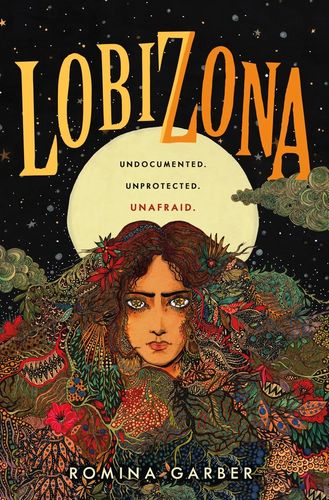 Manuela Azul has been crammed into an existence that feels too small for her. As an undocumented immigrant who’s on the run from her father’s Argentine crime-family, Manu is confined to a small apartment and a small life in Miami, Florida.

Until Manu’s protective bubble is shattered.

Her surrogate grandmother is attacked, lifelong lies are exposed, and her mother is arrested by ICE. Without a home, without answers, and finally without shackles, Manu investigates the only clue she has about her past―a mysterious “Z” emblem―which leads her to a secret world buried within our own. A world connected to her dead father and his criminal past. A world straight out of Argentine folklore, where the seventh consecutive daughter is born a bruja and the seventh consecutive son is a lobizón, a werewolf. A world where her unusual eyes allow her to belong.

Romina Garberis a New York Times and international bestselling author whose books include Lobizona & the ZODIAC series. Born in Buenos Aires, Argentina, and raised in Miami, Florida, Romina landed her first writing gig as a teen—College She Wrote, a weekly Sunday column for the Miami Herald that was later picked up for national syndication—and she hasn’t stopped writing since. She is a graduate of Harvard College and a Virgo to the core.

Review (4.5 Stars):  Lobizona was a magical story that I instantly loved.  Manu always felt like an outcast because of her special eyes and that she was undocumented.  When the truth about everything comes to light, Manu must decide what path she wants to follow.  I loved the folklore and Manu trying to piece together her elusive heritage.  This is the first book in a brand series and I’m so excited to read the rest of this engaging story.