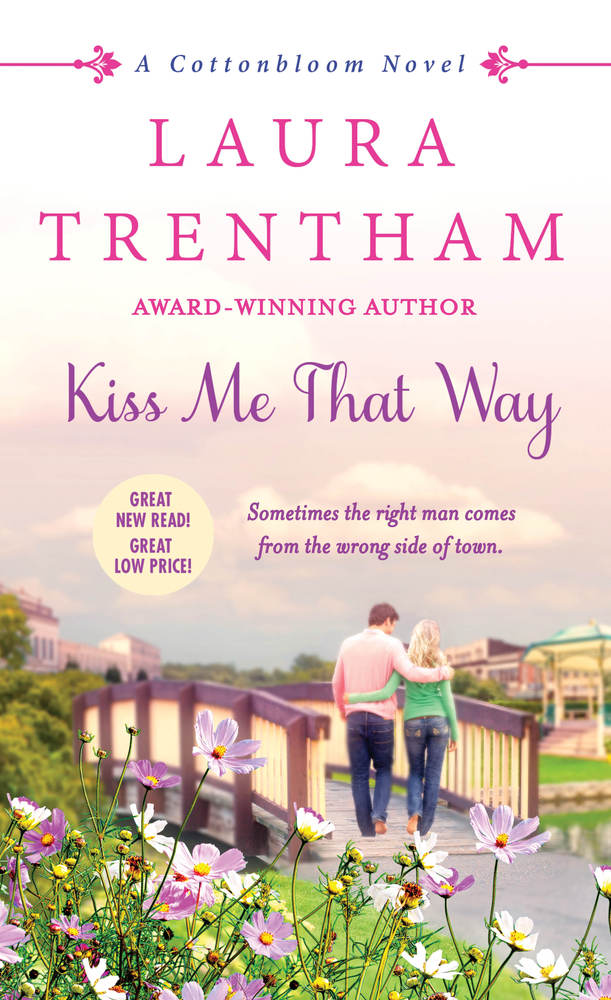 A river divides Cottonbloom in two: the upscale enclave on the Mississippi side and the rundown, rough and tumble side in Louisiana. They’re worlds apart—but nothing can build a bridge like love…
Cade Fournette never had it easy Cottonbloom. He stuck around long enough to raise his orphaned siblings and then hightailed it out West—and never looked back. Even though he’s made a success of himself in Seattle, Cade never lost the toughness and the angry edge that helped him survive down South. His only weak spot: the girl he left behind…
Monroe Kirby came from the wealthy side of town, but that didn’t protect her from her mother’s drinking—or her mother’s boyfriend. It was Cade who did that, on a long-ago hot September night, before he disappeared…along with a piece of her heart. Now Monroe is a physical therapist who can fight for herself, and it’s Cade who could use some conditioning when he makes an unexpected return back home. Will he and Monroe pick up where they left off and finally explore their mutual passion—or will the scars and secrets of the past divide them once more?

Monroe’s lips silenced the rest of his question. The champagne on his tongue was almost as intoxicating as his scent. The music from the great room drifted, muted and unrecognizable. As if slow dancing, Cade wrapped his arms around her and turned them enough so he could close the door, leaving them in silence, except for the ticking of a clock.
His hands roamed her bare back, slipping inside of her dress to brush the top curves of her buttocks. She pushed him backward against the wall. Infinitely stronger than her, he could have held his ground or taken charge at any point, but the fact that he let her lead only made her want him more. She was done listening to logic, done fighting her hunger for him. She wanted him.
Cupping her cheeks, he pulled his lips from hers. “And again you do the unexpected.”
“Unwanted?” she whispered.
“Does it look like I’m protesting?” His breath puffed against her cheek before he kissed her once more, slipping his tongue alongside hers, before his mouth retreated once more. She tipped into him seeking more. He took her weight, bracing his legs farther apart, but evaded her mouth.
“I watched you dancing with Tarwater. What are you playing at? Is he the man you want to be seen with and I’m the one you’re keeping for the dark?” A thread of emotion in his voice tied itself around her heart and bound her. Was he jealous? Hurt? Angry?
“Do you think I’m using you?” She pushed off his chest.
“You know I’m not staying long.”
She did know. She just didn’t want to think about the day he would walk away from Cottonbloom. And from her. “What are you getting at?”
“I think you get something from him you can’t get from me and vice versa. He has clout in this town, but I’m the man that you want in the dark and in your bed, aren’t I?”
“If you think all I care about is my standing in this town, why did you follow me?”
“Because I want you. That’s why I came.” Belligerence instead of seduction beat at his words. Underneath was a boy who did care what Cottonbloom thought of him. He hadn’t always been the poor swamp rat sneaking around in the dark.
“All you want is sex?”
“If that’s what you’re offering.” His voice softened, and he squeezed her hips and fit them together. “I can be rough and dirty and a little bit dangerous if that’s how you want me.”
Arousal flared even as the gentleness of his touch belied his coarse words. He skimmed his good hand from her hip to settle under her breast, his thumb running up and down the exposed skin in between. Her nipple puckered, begging for his touch.
“Is that what you want, sweetheart?”
Her body shifted toward his instinctively, seeking to anchor itself to him, needing to draw from his heat and strength. “Th-that’s not what I want.” Before the words were even out, she knew they were untrue, or at least a partial truth. Sex wasn’t all she wanted. But she did want it.
“Don’t lie to yourself or me.” He dropped his lips to the shell of her ear and nuzzled. She grabbed the lapels of his jacket. “I could take you right here, right now, with the Tarwaters and all of crazy Cottonbloom a few rooms away. And I’d make it good, Monroe. I’d make your body sing. I’d make you beg before giving you everything you need. Then, you could walk back out into that damn party like nothing happened. No one would know the things you want to do in the dark with a poor, dirty boy from Louisiana.”
Her body sang a song of longing and need. She wanted to stay in the dark with him the rest of the night, but there was something even more important she needed to do. With the effort of separating strong magnets, she pried her body from his, opened the door, and took him by the wrist. 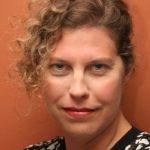 Laura Trentham is an award-winning author of contemporary and historical romance. She is a member of RWA, and has finaled multiple times in the Golden Heart competition. A chemical engineer by training and a lover of books by nature, she lives in South Carolina.

Review of Kiss Me That Way

Review (5 Stars):  I absolutely fell in love with Kiss Me That Way.  This book had everything for me with a romantic love story between two characters from the wrong side of the tracks, entertaining townspeople and a dash of humor that can’t be missed.  Monroe and Cade have a secret history that no one knows about.  He helped protect her one night when they were both younger and they have been connected to one another ever since.  Cade is now back in Cottonbloom after leaving town many years ago under the shroud of mystery and with an injury, he is in desperate need of a physical therapist.  The physical therapist just happens to be Monroe, the one person he has tried desperately to forget.  Monroe is looking for answers as to why Cade left without saying goodbye and the more time that they spend with one another, they may find that they belonged together all along.

This is my favorite romance of the year and I just loved Cade and Monroe’s story together.  They had so much history because of Cade protecting her that one fateful night and you could just see their emotions whenever they were around each other.  Cade was one in a million because he spent his entire life taking care of others even if it meant sacrificing himself or his education.  Seeing him go from a tough young man to a strong, successful guy was breathtaking but he didn’t have anything unless Monroe was by his side.  Monroe owed Cade a lot for what happened and because of him, she became this independent force to reckoned with.  No other man compared to Cade and I could definitely see why.  This romance had it all for me and I’m sure most readers will agree.  Looking forward to reading book number two in this series because there are two more couples that need to find their happy ending next.

One Response to “Blog Tour & Review: Kiss Me That Way by Laura Trentham”