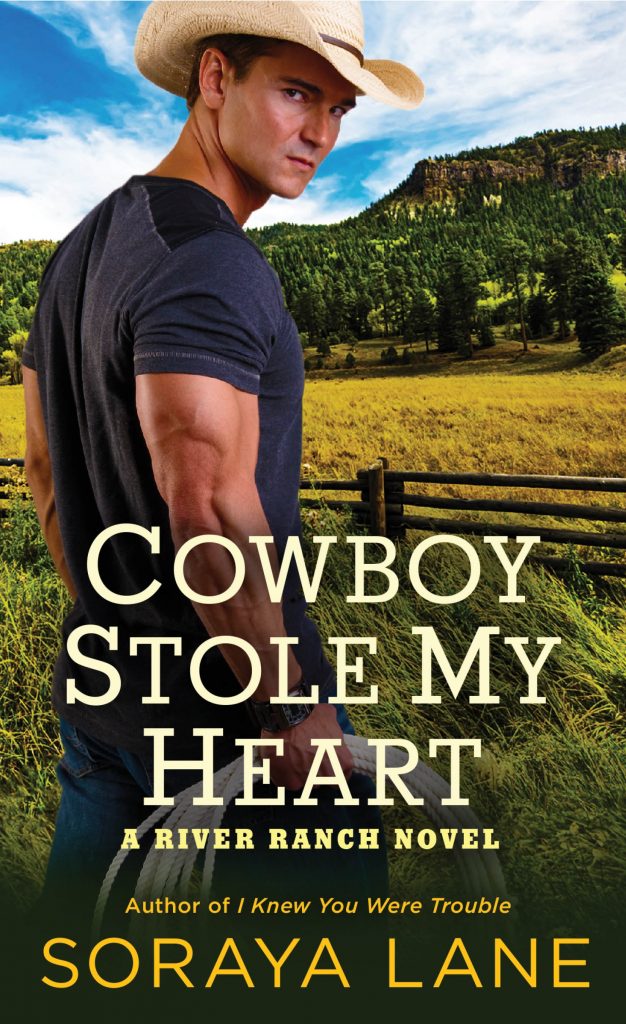 It takes true grit to build a billion-dollar dynasty like the Ford family ranch. But when it comes to finding love, all it takes is one handsome cowboy to steal a woman’s heart in Cowboy Stole My Heart by Soraya Lane.

SHE’S RIDING SOLO
As one of the heirs to the River Ranch fortune, Mia Ford is practically Texas royalty. But that doesn’t mean she’s some pampered princess. She can saddle up and ride a horse as well as any man, even a hard-working cowboy like Sam Mendes. For years, she’s harbored a crush on the strong, silent horseman. But how can she make a move when she’s his boss?

HE’S TAKING THE REINS
Sam Mendes is through with love—or so he thought. Still recovering from a breakup, he’s doing everything in his power to resist Mia Ford. It’s bad enough she’s the kind of beauty who drives men wild with desire. It’s even worse she’s got him so worked up, aching to kiss her lips, when he’s supposed to be working her ranch. Is this lovestruck cowboy willing to risk losing his job—and breaking his heart—to win the girl of his dreams?

Mia disappeared and he talked to the horses, wandering down the line to look at all of them. He’d only seen her ride the one, her favorite mare, but he had a feeling she was full of surprises, and her horses all looked impressive. When she didn’t reappear, Sam went looking for her, wondering what the hell was taking so long.
“Hey, do you need a hand back there?” he called out. He squinted in the half-light, dark compared to the full sun glare outside when he ducked through the doorway and into the tack room.
“Oh, shit, sorry, just give me a sec.”
He stopped. Sam stood in the middle of the small room, saddles and bridles covering every inch of wall space, and Mia pressed into one corner, her tears impossible to hide. “Hey,” Sam murmured, striding over to her. Hell, he hadn’t expected her to be crying. He’d thought she might need a hand carrying some gear out, but . . . he didn’t know what to do.
“I’m fine, please,” she said, holding one hand up to her face, the other stretched out in front of her as if trying to push him away before he was even close.
“You’re not okay,” he said, knowing how gruff he sounded but unable to help it. “Come here.”
She shook her head. “Please, I’m fine,” she managed, voice cracking.
“Your mom, huh?” he asked, knowing that there was no way in hell he’d managed to say anything to upset her this much. She was still grieving, he could see that from a mile off.
She nodded, dropping one hand, the other still covering her face. “Yeah,” she whispered. “It’s just I haven’t talked about her for a long time. She’s been gone twelve years so I shouldn’t be reacting like this.”
“Come here,” Sam said, not taking no for an answer this time as he opened his arms and pulled her in.
He held her, tight, letting her cry. She sobbed once, loudly, a noise that made his heart lurch for her, feeling her pain, before she went silent and relaxed in his arms. It had been almost a year since he’d held a woman like this; comforted a woman and held her and felt something for her. He stiffened. Only that woman had played him, ripped his heart out when he’d have done anything for her. Anything.
“I’m sorry,” he said. “I’d tell you it’ll get easier, but I doubt it will.”
He didn’t sugarcoat things, even this type of thing, but he did feel for her. She’d tried to talk about her mom all nonchalant to him, laughing about her beautiful stables, when in reality it had torn her in half and left her crying all on her own. She’d lost her mom and her best friend as well; no wonder she’d been prickly when he’d tried to muscle in and take over with the one thing she did have— her horses.
Mia pushed back and he wished she hadn’t. He’d liked the warmth of her against him, the tickle of her long hair catching in his stubble as he’d inhaled her shampoo or whatever it was on her that smelled so damn delicious.
“Sorry,” she murmured, her hands to his chest as she stepped back. “I don’t ever let anyone see me cry.”
He believed it. She didn’t strike him as the type to let anyone see her vulnerabilities.
Sam glanced down at her, at her hands against his chest, at the way she was looking up at him, her eyes wide. Her mouth parted, tear-stained cheeks making her look so vulnerable that it tugged at something inside of him he’d thought was long buried.
“You’ve got nothing to apologize for,” he muttered, slowly raising a hand and brushing his thumb gently across her cheeks to blur the tears away.
Mia stayed still, her palms still planted against him, head tilted. He looked at her mouth, fought the urge to rub his thumb across her soft pink lips. Instead he dropped his hand, skimming past her long blonde hair on the way past. Sam bent a little, eyes on her mouth, imagining what her lips would taste like. He wanted to kiss her so damn bad, wanted to push her up against the wall behind her and kiss the hell out of her. But he didn’t.
He’d sworn off women for a reason, and sexy or not, he wasn’t about to take advantage of his boss up against a wall. Even crying she was beautiful, but he wasn’t going there. He couldn’t go there.
Dammit!
Her eyes were dancing, her lips were parted, her hands were slowly dropping away from his chest. But instead of closing the distance between them, instead of hungrily tasting her lips against his, he took her hands, stepping back and squeezing them.
“You take all the time you need,” he said instead, hearing the husky note of his own voice. “I’ll be out here.”
He walked out, ducking back through the door and out into the bright sunlight again. Goddamn it! What the hell had he just done? He’d always prided himself on being able to keep his shit together, and he’d let himself get way too close to Mia.

Copyright © 2018 by Soraya Lane and reprinted by permission of St. Martin’s Press. 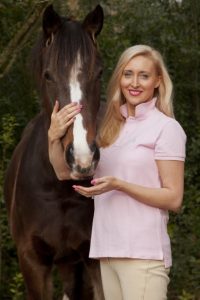 As a child, Soraya Lane dreamed of becoming an author. Fast forward more than a few years, and Soraya is now living her dream! Soraya describes being an author as “the best career in the world”, and she hopes to be writing romance for many years to come.

Soraya loves spending her days thinking up characters for books, and her home is a constant source of inspiration. She lives with her own real life hero and two sons on a small farm in New Zealand, surrounded by animals and with an office overlooking a field where their horses graze. She is the author of The Devil Wears Spurs, Cowboy Take Me Away, and I Knew You Were Trouble.

Review of Cowboy Stole My Heart

Review (4 Stars): Cowboy Stole My Heart was a beautifully written love story that will keep you entertained and wanting more after you’ve finished the last page.  I really enjoyed this story because Sam and Mia were able to heal each other’s hearts by helping the horse that brought them together.  Sam Mendes was hired to help Mia Ford’s horse who was be difficult with other riders after experiencing trauma from a past experience.  Everyone had pretty much given up on this horse but Mia was willing to do whatever it took to save this beautiful animal because it was her best friend’s horse.  Sam was her last hope and this experience helped them both by showing that love could help make amends from the pain of their pasts.

The chemistry between these two characters was amazing and you could see how their relationship grew over time as they worked with one another to help Mia’s horse.  These two characters were perfect for each other and even though they had a few bumps along the way, love always find a way to keep two people together.

This is the first book in the new River Ranch series but if you read Ms. Lane’s Texas Kings series, there are a few updates on some of the previous characters that we have seen. For me, it was very easy to follow along and I was able to finish Sam and Mia’s story in one afternoon because I became so involved in their story line.  I’m looking forward to reading the next book in the series, All Night with the Cowboy, which will be out this summer to see who will find their happy ending next.