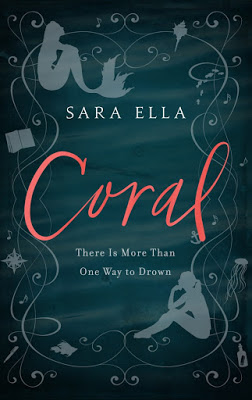 Synopsis:
Multiple award-winning young adult author Sara Ella reimagines The Little Mermaid in a powerful and unexpected way.
Sixteen-year-old mermaid Coral has always been different, standing out from her stoic sisters in a society where blending in is key. Worse yet, she fears she has been afflicted with the dreaded Disease. Said to be carried by humans, the Disease imposes emotions on its victims, causing them to commit unspeakable acts. The growing illness inside her, while terrifying, fascinates her very core. Where others see danger, Coral sees life. Could it be the colorless merfolk who are truly ill?
Above the sea, seventeen-year-old Brooke Jordan has nothing left to give. A homeless girl abandoned and forgotten, the only thing Brooke can rely on is the ocean. Her aching feet find refuge within the cool and comforting waves, while her broken heart grows harder with each passing day. When Brooke’s and Coral’s worlds collide, everything alters in an instant. From learning to stand alone, to discovering the strength it takes to rely on another, the girls find that living requires taking that first painful breath. Each must make sacrifices, and when it comes to finding true love? Let’s just say the boys in their lives must learn to swim if they’re ever going to survive the storms.
Battling the odds against them, the girls will do whatever it takes to survive. But what must end for love and life to finally begin?
Taking a new twist on Hans Christian Andersen’s beloved fairy tale, this modern-day story explores mental health from several perspectives, questioning what it means to be human in a world where humanity often seems lost. 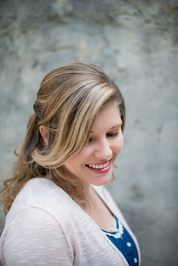 Once upon a time, Sara Ella dreamed she would marry a prince and live in a Disney castle. Today, she spends her days throwing living room dance parties for her two princesses, raising her little prince to be a king, and conquering realms of her own imaginings. Oh, and her husband is definitely more swoon-worthy than any Prince Charming.
Sara’s UNBLEMISHED trilogy has received high praise and multiple awards, but none as rewarding as the love and support she receives from her readers every day. Her new story CORAL, a reimagining of THE LITTLE MERMAID, releases in the fall of 2019.
When she’s not on deadline, Sara Ella can most often be found fangirling on Twitter, Instagram, or her YouTube channel. She may or may not be obsessed with #Bookstagram, and she has a serious condition known as “Coffee Snob-itis.” She believes “Happily Ever After is Never Far Away.”

Review (3.5 Stars):  Coral was a very interesting book because it is a re-telling of the beloved classic, The Little Mermaid.  The difference in this telling is that the characters deal with their own mental health issues and try to be able to stand on their own two feet.  For me, I had difficulties following along because the story was told from different character perspectives.  This affected how I enjoyed the story and I had a hard time really connecting to each of these characters.  With that said, I feel that everyone should read this book to form their own opinions.