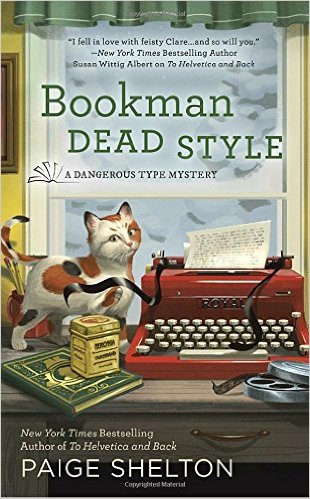 It’s January, and the Star City Film Festival has taken the Utah ski resort town by storm. Movie stars are everywhere, carving fresh powder on the slopes and crossing the thresholds of Bygone Alley’s charming boutique shops—including The Rescued Word, where Clare Henry and her grandfather restore old typewriters and beloved books. When cinema’s hottest superhero, Matt Bane, enters their store to buy some personalized notecards, it’s hard not to be starstruck.

But when Clare sees the police leading Matt out of The Fountain hotel in handcuffs only a few hours later, she can’t believe her eyes. The affable actor is accused of killing his sister, but Clare’s convinced he’s wrong for that role. Now it’s open call for suspects as Clare tries to reel in the killer before another victim fades to black… 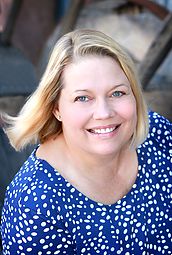 I did get to start and finish high school in one place – Des Moines, Iowa, which is a wonderful city even if the humid climate always was a challenge. I ended up going to college there too, at Drake University where I studied journalism. I made some great friends those years. I’m glad to still be in touch with many of them. I spend a lot of time on Facebook.  I’ve been told I talk way too much about my personal life over there, but I don’t see that changing any time soon.  Find me if you’re interested.

Review (4.5 Stars):  Bookman Dead Style is the perfect cozy mystery that is filled with glitz, glamour and well-written suspense.  Clare Henry is enjoying the winter months in Star City and preparing for the yearly film festival that brings a piece of Hollywood to their small town.  During this festival, film superstar Matt Bane, comes to the Rescued Word to buy some stationary and Clare is amazed at how down-to-earth Matt is.  Awe soon turns to shock when Matt is suddenly arrested for murder and Clare is on the hunt to clear this young man’s name before he is put away for a crime he didn’t commit.

This is the second book in the Dangerous Type mystery series and it is an absolute delight.  Clare is a fun, charming heroine and I secretly want Baskerville as my own fur buddy.    This mystery was humorous, smart and engaging and I can’t wait to see what happens from here in book number three.