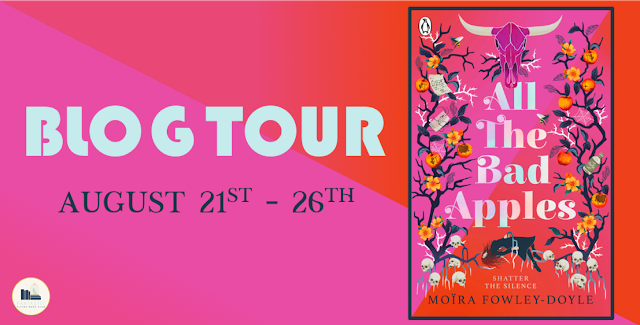 All the Bad Apples

Read more about the book:

Buy the book in the UK:

Buy the book in the US:

Synopsis:
The day after the funeral all our mourning clothes hung out on the line like sleeping bats. ‘This will be really embarrassing,’ I kept saying to my family, ‘when she shows up at the door in a week or two.’
When Deena’s wild and mysterious sister Mandy disappears – presumed dead – her family are heartbroken. But Mandy has always been troubled. It’s just another bad thing to happen to Deena’s family. Only Deena refuses to believe it’s true.
And then the letters start arriving. Letters from Mandy, claiming that their family’s blighted history is not just bad luck or bad decisions – but a curse, handed down through the generations. Mandy has gone in search of the curse’s roots, and now Deena must find her. What they find will heal their family’s rotten past – or rip it apart forever. 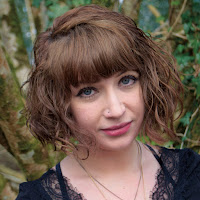 Moïra Fowley-Doyle is half-French, half-Irish and made of equal parts feminism, whimsy and Doc Martens. She lives in Dublin where she writes magic realism, reads tarot cards and raises witch babies.
Moïra’s first novel, The Accident Season, was shortlisted for the 2015 Waterstones Children’s Book Prize & the North East Teen Book Awards, nominated for the Carnegie Medal & won the inaugural School Library Association of Ireland Great Reads Award. It received two starred reviews & sold in ten territories. Her second novel, Spellbook of the Lost and Found, was published in summer 2017, received a starred review from School Library Journal and was shortlisted for the Irish Book Awards.

Review of All The Bad Apples

Review (4 Stars):  This was a great story about discovering family secrets.  Deena was a great character that was looking to see what happened to her older sister and finds out that the truth exposes everything.  Smart, well-written and thought-provoking, this book had it all.  Definitely one that will stay with you long after you’re done reading.