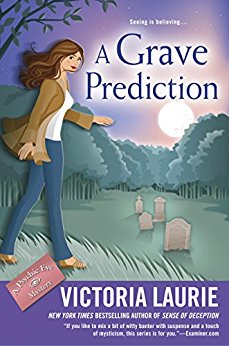 When Abby is sent to Los Angeles to help train FBI officers to use their intuition, she encounters a case that only she can solve: a series of bank robberies in which the thieves made off with loads of cash but left no clues. Abby’s sixth sense leads her team to a tract of land recently cleared for development, where she gets a vision of four buried bodies. However, a site search turns up only ancient bones and pottery from an American Indian tribe, which is enough to delay construction for years.

With a furious developer and dubious FBI agents on her back, Abby is losing credibility fast. But Abby’s talent rarely leads her astray, and if the bodies aren’t there yet, that means four deaths can still be stopped. She’ll just have to dig a little deeper…. 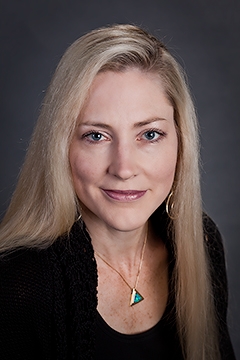 I began writing my first Abby Cooper novel in the winter of 2003.  As a professional psychic of many years, I really wanted to portray an intuitive as a normal person – because we really are normal after all….we’re just a bit more “sensitive” than most.

Truth be told, even after Abby Cooper, Psychic Eye was published, I had no thoughts of becoming a full time professional writer too.  Back then I firmly believed that I’d write two or three books in the Psychic Eye series, and move on to some other hobby.

It wasn’t until I was finishing my third book, that I could truly appreciate how much joy I had in telling a story.  For me, there is almost nothing more satisfying than writing those final twenty pages of a novel after taking all my characters on something of a roller coaster ride.  And I live for those moments when, creatively, it feels like I actually got it right.

I suppose I’d better love what I do, because there are way too many ideas churning around in this head of mine for me to quit now! Of course, writing is work, but it’s fabulous work if you can get it.

Review of A Grave Prediction

(Review 4.5 Stars):  The Psychic Eye mystery series is one of my absolute favorite series and Abby is a heroine that you will instantly fall for.  In this installment, Abby is being sent to L.A. to help train FBI agents to use their intuition to become better investigators and finds herself in the middle of a case of unsolved bank robberies.  Already dealing with the skepticism of the bureau agents, Abby’s intuition tells her that there are four murdered young women buried next to the scene of one of the bank robberies.  When they come up with ancient bones and no real evidence, Abby needs to do something fast before her situation with the gruff agents gets any worse.  The only thing is that Abby’s intuition isn’t far off and someone wants to make sure that their secrets stay buried even if they have to add another body to the list.

A Grave Prediction is a charming cozy mystery that will keep you guessing.  I love Ms. Laurie’s writing style and sense of humor that makes each of her mysteries an absolute delight.  This mystery was engaging and fun and by the final page, I found myself in awe of Abby’s psychic abilities.  It was great to catch up with these lovely characters and I can’t wait to see what happens next for Abby in A Panicked Premonition, which will be out later this year.