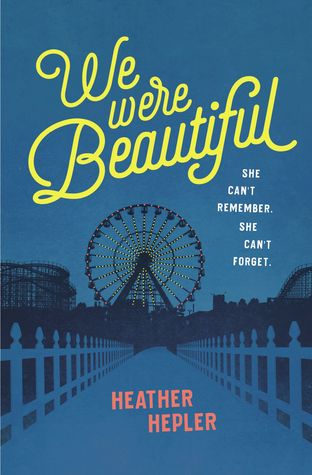 It’s been a year since fifteen-year-old Mia Hopkins was in the car crash that killed her older sister and left her terribly scarred. The doctors tell her she was lucky to survive. Her therapist says it will take time to heal. The police reports claim there were trace amounts of alcohol in her bloodstream. But no matter how much she tries to reconstruct the events of that fateful night, Mia’s memory is spotty at best. She’s left with accusations, rumors, and guilt so powerful it could consume her.As the rest of Mia’s family struggles with their own grief, Mia is sent to New York City to spend the summer with a grandmother she’s never met. All Mia wants to do is hide from the world, but instead she’s stuck with a summer job in the bustling kitchens of the cafe down the street. There she meets Fig–blue-haired, friendly, and vivacious–who takes Mia under her wing. As Mia gets to know Fig and her friends–including Cooper, the artistic boy who is always on Mia’s mind–she realizes that she’s not the only one with a painful past.

Over the summer, Mia begins to learn that redemption isn’t as impossible as she once thought, but her scars inside run deep and aren’t nearly so simple to heal … especially when Mia finally pieces together her memories of the night Rachel died.

“The weird thing about my dreams is that there aren’t any images, just sounds.  Like watching a movie with my eyes closed. Sometimes I try to open my eyes because I want to see, need to see. But other times, I’m grateful for the safety of the darkness.”

“The fact that I cracked my head on the marble floor and am wearing most of the communion wine down by front seems like penance enough for whatever sin I supposedly committed.”

“Rachel and I used to sit on the back porch in the evening, and if we tilted our heads back, all we could see were stars.  So many that it looked like a bowl of them had been upended over Earth. Like holes to heaven.” 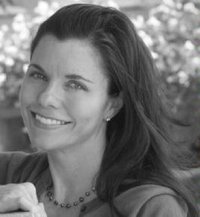 I was born in Kalamazoo, Michigan, which I think is one of the cooler places to be born, because initially people think I’m being funny—like I’m saying I was born on the moon, but then they see I’m actually being serious. It feels like since then I’ve lived nearly everywhere (well, only in the US—which is a bummer because I want to travel so much). In high school, I was in band and honors society and science club and worked on the school newspaper. All this in Texas where football was king and cheerleaders were the school royalty. When people ask me what I remember about middle school and high school, I stand there for several seconds not saying anything. This isn’t because I can’t remember anything, but because I remember too many things and I can’t figure out what to say out loud.

I spent the first part of college in Alaska, which was amazing. The first time I saw Northern Lights, I thought I was imagining it. I just couldn’t get my head around the idea that something so beautiful existed in the real world. That’s when I first started writing. This was my bad poetry phase. I think it was the combination of living there with long very cold winters and being in love with a guy that barely knew I existed that made me do it. People ask me all the time if I write poetry. I wish I could and maybe I will someday, but for now I am firmly a fiction writer.

Review of We Were Beautiful

Review (4.5 Stars):  We Were Beautiful was a thought-provoking and emotional story of a young woman picking up the pieces after tragedy strikes. Mia was an amazing character because she thought that she lost everything after a car accident killed her older sister and left her with facial scars.  She is sent to live with her grandmother and starts to work at a diner, which is the perfect thing for her.  I loved how Fig and her family were so wonderful to Mia even though she felt like she was a monster inside.

Mia slowly learns that she isn’t the only one with a troubling past and that her scars aren’t just a painful reminder of what happened that night.  She learns to accept what happened and that she can move on after everything that happened.  This was a great story that will stick with me for some time.