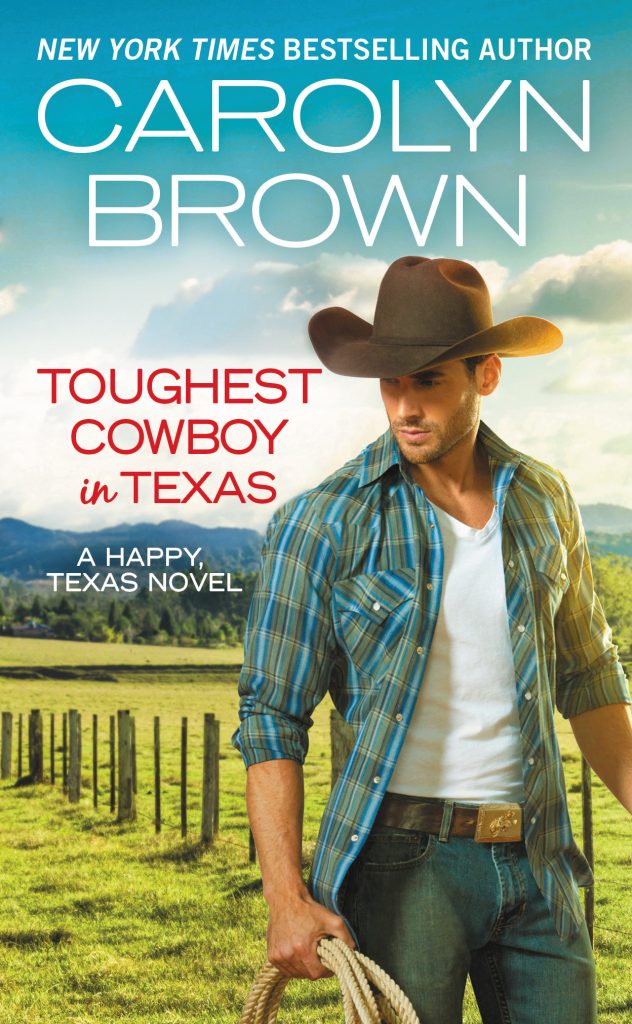 Last time Lila Harris was in Happy, Texas, she was actively earning her reputation as the resident wild child. Now, a little older and wiser, she’s back to run her mother’s café for the summer. Except something about this town has her itching to get a little reckless and rowdy, especially when she sees her old partner-in-crime, Brody Dawson. Their chemistry is just as hot as ever. But he’s still the town’s golden boy-and she’s still the wrong kind of girl.

Brody hasn’t had much time lately for anything other than ranching. Running the biggest spread in the county and taking care of his family more than keeps him busy. All that responsibility has him longing for the carefree days of high school—and Lila. She may have grown up, but he still sees that spark of mischief in her eyes. Now he’s dreaming about late-night skinny dipping and wondering how he can possibly resist the one woman he can never forget…

Brody sang along with the radio the whole way back to Hope Springs. Seeing Lila again brought back so many memories. Nothing had been the same after she’d left town. Happy, Texas, didn’t have a movie theater or a bowling alley or even a Dairy Queen, so they’d had to drive all the way to Tulia or Amarillo to have fun. Or they would stay in town and Lila would come up with some kind of crazy stunt that sent their adrenaline into high gear.
Like surfing in the back of my old pickup truck. It’s a wonder we weren’t all killed but the adrenaline rush was crazy wild. He chuckled as he remembered the two of them planting their feet on skateboards in the bed of the truck and then giving Jace the thumbs-up to take off. No big ocean waves could have been as exhilarating as riding on skateboards while Jace drove eighty miles an hour down a dirt road.
Blake Shelton’s “Boys ’Round Here” came on the radio and he turned up the volume. He rolled down the window, letting the hot air blow past him as he pushed the gas pedal to the floor.
Seventy miles an hour, the dust kicking up behind the truck just like the song said. At seventy-five, he checked the rearview and imagined that Lila was back there wearing a pair of cutoff denim shorts, cowboy boots, and a tank top that hugged her body like a glove. Her jet- black ponytail was flying out behind her, and that tall, well-toned curvy body kept balance on the imaginary skateboard every bit as well as it had back then.
At eighty, he tapped the brakes enough to make a sliding right-hand turn from the highway to the lane back to the ranch house. The house was a blur when he blew past it and the speedometer said he was going ninety miles an hour when he braked and came to a long greasy stop in front of the barn doors. Gravel pinged against the sheet metal and dust settled on everything inside his truck’s crew cab. He sucked in a lungful of it but it did nothing to slow down his racing heart, thumping hard enough to bust a rib. Gripping the steering wheel so tightly that his forearms ached, he checked the rearview mirror. The vision of Lila was gone, leaving only a cloud of dust in its wake.
You’re not eighteen, Brody Dawson. The voice in his head even had the same tone and inflection as his mother’s did. You’re a responsible rancher, not a kid who drives like a maniac with the music blaring loud enough they can hear it in Amarillo.
Blame it on Lila. She brought out the wild side in me back before I had to handle all the ranchin’ business, he argued, and felt a sudden rush of shame because he hadn’t stood up for her in those days. Then he had time and opportunities; now he barely had time for a glass of tea with all the sticky situations of Hope Springs falling on his shoulders.
His phone pinged with another text: Sundance is in a mud bog out on the north forty. Need help. Bring rope. Where the hell are you?
Just as he was about to get moving, his grandmother stepped out of the barn and made her way to his truck, shielding her green eyes against the hot afternoon sun. Gray haired and barely tall enough to reach Brody’s shoulder, she might look like a sweet little grandmother to strangers, but looks were definitely deceiving when it came to Hope Dalley. She had a backbone of steel and no- body messed with her.
“Did someone die? I heard you driving like a bat set loose from the bowels of hell. I bet you wore a year’s worth of rubber off them tires the way you skidded to a stop.”
“Everything is fine, but Sundance is in a mud lolly, so I’ve got to get some rope and go help Jace,” Brody said.
“Damned old bull. He got bad blood from his father when it comes to breakin’ out of pens, but he’s a damn fine breeder so we have to deal with his ornery ways,” Hope said. “I’ll go with you and help.”
“We can get it done, Granny. What are you doin’ out here in this hot sun anyway?”
“Bossin’ the boys about how to stack the hay. I can’t just sit around in an air-conditioned house and do nothin’. I’d die of boredom,” she said.
“Long as you’re supervisin’ and not stackin’, that’s fine, but I’d rather see you in the house with Kasey and the kids,” he said.
“I’m not ready to be put out to pasture yet, boy. Kasey don’t need my help. She has the toughest job on the ranch, taking care of those three kids as well as all the household stuff and the book work. That’s a hell of a lot more exhausting and tougher than stacking hay. And she’s doin’ a fine job of it. Now go take care of that blasted bull.” She waved him away.
Fun and excitement were over. It was time to man up and not expect to relive the glory days when Lila had lived in Happy and everything had been fun and exciting. 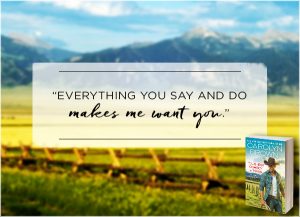 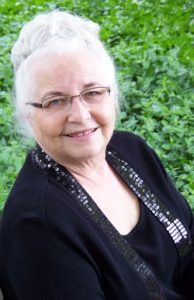 Review of Toughest Cowboy in Texas

Review (4.5 Stars):  Toughest Cowboy in Texas was a charming second chance romance that will definitely pull at your heartstrings.  It has been years since Lila Harris and Brody Dawson were teenagers causing trouble and that one fateful night when Brody broke her heart just before she left town with her mother.  Now that Lila is back in Happy, Brody wants to make amends for the past and prove to Lila that she has always been the one for him.  Will Lila give him a second chance or is it too late to repair her broken heart?

Every time I read a Carolyn Brown romance, I know that it will be filled with sexy tender-hearted cowboys that will do anything to win the heart of the woman they love.  Toughest Cowboy in Texas was a great romance about two characters that should have been together all along but small-town gossip had kept them apart.  Brody had given up his dreams of going to college to help out his family’s ranch and he felt as though he would never have a chance to make things right with Lila. I liked his character and knew that he had always put everyone else’s needs in front of his own.  Even when it came to his heart.

Lila was such a sweet, sassy woman and she knew that she had a little bit of a “wild” side.  Especially when it came to being around Brody.  He broke her heart once and she wasn’t going to get close enough to let him do it again even though fate had other ideas.

Toughest Cowboy in Texas is the first book in the Happy, Texas series and I’m already in love with the Dawson family.  Can’t wait to see who gets their happy ending next and I’m praying that it will be Kasey.