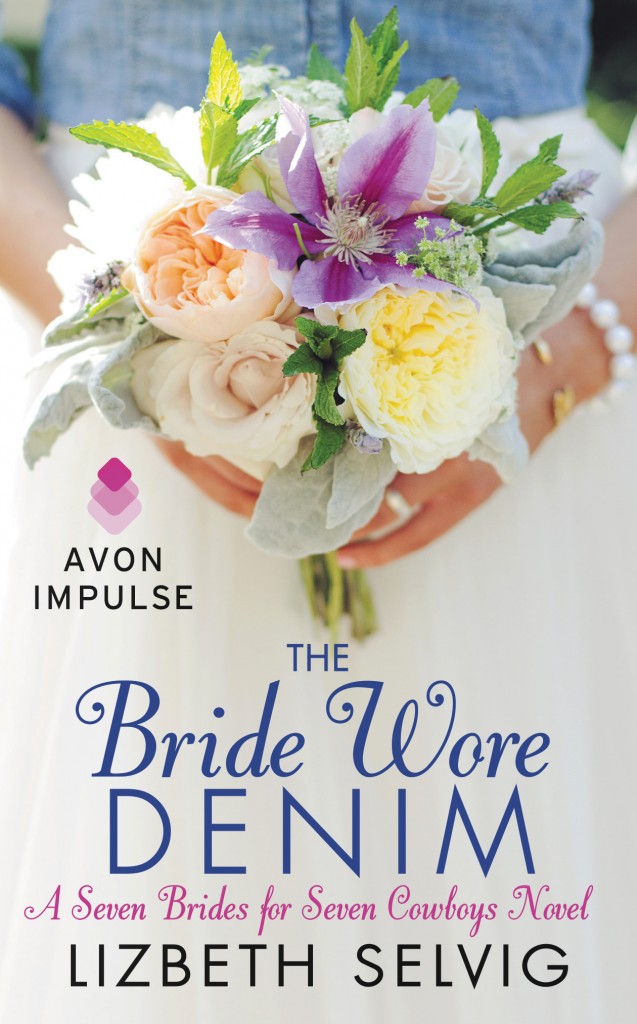 When Harper Lee Crockett returns home to Paradise Ranch, Wyoming, the last thing she expects is to fall head-over-heels in lust for Cole, childhood neighbor and her older sister’s long-time boyfriend. The spirited and artistic Crockett sister has finally learned to resist her craziest impulses, but this latest trip home and Cole’s rough-and-tough appeal might be too much for her fading self-control.

Cole Wainwright has long been fascinated by the sister who’s always stood out from the crowd. His relationship with Amelia, the eldest Crockett sister, isn’t as perfect as it seems, and with Harper back in town, he sees everything he’s been missing. Cole knows they have no future together—he’s tied to the land and she’s created a successful life in the big city—but neither of them can escape their growing attraction or inconvenient feelings.

As Harper struggles to come to grips with new family responsibilities and her forbidden feelings for Cole, she must decide whether to listen to her head or to give her heart what it wants.

Her first shivering instinct was to leap away, but his laughter held her in place—rumbly and comforting beneath her.
“Remember when we used to do shit like this all the time?” he asked.
“Again,” she firmed her voice so it didn’t match her wayward, quivering insides, “when we were ten.”
“It’s really good to see you, Harpo.”
“Yeah.” She closed her eyes while the rain splashed her face again, definitely feeling closer to ten than her sometimes ancient-seeming thirty.
They lay a moment longer letting their laughter ebb but then, with her heart pounding, Harper came to her senses and scrambled to her feet. It had to be the raw, see-saw emotions of the day causing this unwarranted reaction to him. Her friendship with Cole went back too far for her to allow some rogue attraction to take root. He and Amelia might be ex-lovers, but there was a code between sisters you just didn’t break.
She held out her hand this time, and he took it. Once he was standing she dropped the contact.
“I declare this a tie,” she said. “I propose we work together to get the chicken and neither of us has to eat lefse.”
“We call it a tie. I’ll help you catch the chicken. We both eat lefse,” he countered.
“Oh, fine.”
Once they weren’t sabotaging each other, they cornered Roxie and had her in custody within two minutes. Since Harper was the dirtiest—and she was extremely dirty—she carried the ticked-off chicken to the coop. Once she’d double-checked the gate she sagged against it, wet to the skin and slightly chilled from the breeze despite it being August.
“Thank you,” she said, as her adrenaline drained away and took her energy with it. “I’m sorry you got caught up in the rodeo.”
“Don’t be. The company inside was . . . frankly, not this much fun.” 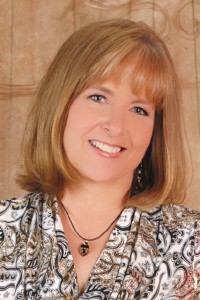 Lizbeth Selvig writes fun, heartwarming contemporary romantic fiction for Avon books. Her debut novel, The Rancher and the Rock Star, was released in 2012. Her second, Rescued By A Stranger is a 2014 RWA RITA® Award nominee. Liz lives in Minnesota with her best friend (aka her husband), a hyperactive border collie named Magic and a gray Arabian gelding named Jedi. After working as a newspaper journalist and magazine editor, and raising an equine veterinarian daughter and a talented musician son, Lizbeth entered Romance Writers of America’s Golden Heart® contest in 2010 with The Rancher and the Rock Star (then titled Songbird) and won the Single Title Contemporary category.

In her spare time, she loves being a brand new grandma to Evelyn Grace as well as to hike, quilt, read, horseback ride, and play with her four-legged grandchildren, of which there are nearly twenty, including a wallaby, an alpaca, a donkey, a pig, a sugar glider, and many dogs, cats and horses (pics of all appear on her website www.lizbethselvig.com). She loves connecting with readers—contact her any time!

Review of The Bride Wore Denim

Review (4 Stars):  I loved Harper and Cole together as a couple.  They were two very strong-willed people who were determined to follow their dreams no matter what and neither of them were planning to fall in love with one another while trying to save the Crockett family ranch.  I loved Harper’s free spirit and artistic side that had helped her through the dark days of her life and would help her deal with the loss of her beloved father.  Cole was the typical alpha male who wanted to prove to himself and his own family that he could make the ranch prosperous again and have his family be proud of him.

The Bride Wore Denim is a sexy and charming small-town romance that shows that dreams can come true.  I loved Harper and Cole’s chemistry together and you could tell immediately that these two characters have had feelings for each other for some time.  I love second chance romances and this book will definitely warm your heart.  Great start to a new series and I can’t wait to spend more time with the rest of the Crockett sisters.