Welcome to my tour stop for Silenced in the Surf by Kate Dyer-Seeley! This is book three in the Pacific Northwest Mystery series and released March 29th, 2016.

The tour runs April 4-15 with reviews, interviews, guest posts and excerpts. Check out the tour page for the full schedule.

About the Book:
Covering a windsurfing competition should have been a breeze for reporter Meg Reed, but with a killer in the curl, she’s headed for rough waters…

Hood River in the Columbia River Gorge is the windsurfing capital of the world, and Meg is stoked to cover the King of the Hook event for Portland’s Northwest Extreme magazine. Before the competition gets under way, Meg has a chance to try some windsurfing on her own. But when the current sweeps her downriver, she spots a body snagged on the rocks. The dead man is Justin Cruise, aka Cruise Control, a celebrity windsurfer and not exactly a nice guy. It’s soon clear his death was no accident, and Cruise had no shortage of enemies. As Meg dives right in to discover who wiped out the windsurfer, she’ll need to keep her balance–or she too may get blown away.

Praise For Scene Of The Climb“A splendid overview of the greater Portland and Columbia River Gorge region, perfect for travel buffs. Her protagonist shows promise with her determined attitude and moxie.” –Library Journal

Goodreads |  Amazon | B&N
Don’t miss out on the first two books, Scene of the Climb and Slayed on the Slopes! 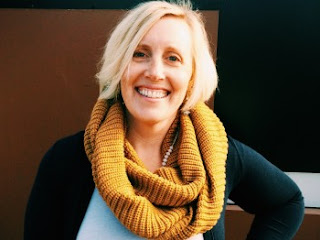 Kate Dyer-Seeley writes the Pacific Northwest Mystery Series for Kensington Publishing. The first book in the series, Scene of the Climb, features the rugged landscapes of the Columbia River Gorge and a young journalist who bills herself as an intrepid adventurer in order to land a gig writing for Northwest Extreme.

Her work has appeared in a variety of regional and international publications including: The Columbian, The Vancouver Voice, Seattle Backpacker, Portland Family Magazine, and Climbing Magazine.

Kate lives in the Pacific Northwest with her husband and son, where you can find her hitting the trail, at an artisan coffee shop, or at her favorite pub. Better yet—at all three.

Review of Silenced in the Surf

Review (5 Stars):  I absolutely love Meg and this series!!!  In Silenced in the Surf, Meg has headed to Hood River to cover the windsurfing competition for Northwest Extreme.  While she is there, she tries her hand at learning to windsurf when tragedy strikes, claiming the life of celebrity athlete, Justin Cruise.  Finding herself involved in another murder mystery, Meg discovers rather quickly that Justin wasn’t the nicest of guys and there is no shortage of people that would love to see him disappear.  Now, she must find a killer before it is too late and she becomes the next victim.

Silenced in the Surf was a delightful and entertaining mystery that kept me on the edge of my seat.  I love seeing what situations Meg finds herself in when she takes new assignments for Northwest Extreme because I know she isn’t very outdoorsy even though she pretends that she is.  This mystery was very complex, with engaging characters and so many twists and turns that even I had a hard time keeping up.  I loved seeing how Meg’s love life was progressing as well as learning more about the sport of windsurfing.  This is such a fun mystery series and I can’t wait to see what Ms. Dyer-Seeley comes up with next.

One Response to “Blog Tour & Giveaway: Silenced in the Surf by Kate Dyer-Seeley”